She is beautiful. She is talented. She is independent. She is ambitious. And she is an amputee.

Viktoria Modesta is the “bionic” model-singer-songwriter with a futuristic prosthetic leg, and she is here to redefine everything we know about disability. 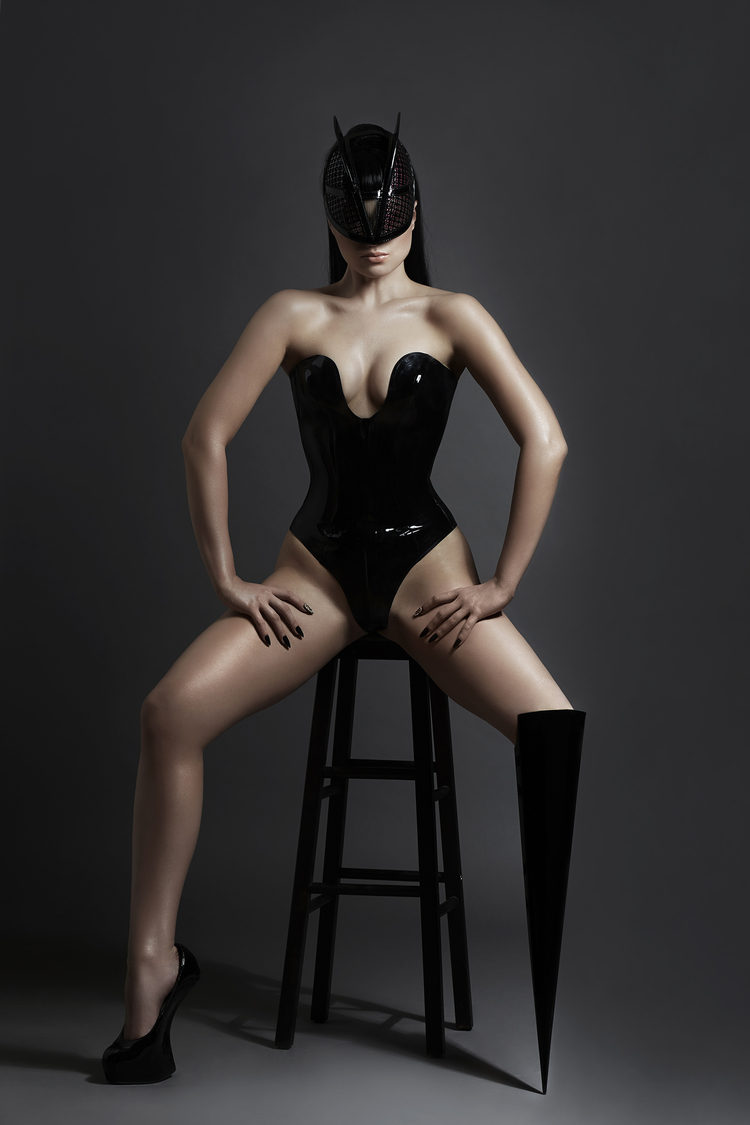 The 25 year old lady, brimming with confidence and oomph, is equipped with training and passion for music, fashion and all things glamorous, and is a rising star. Viktoria, with her strong sense of nonconformity, is like a breath of fresh air in the dull pop world with its homogenized idea of beauty and talent. She has a different look, body, voice and genre, and she is quite unapologetic about it.

Viktoria struts and dances like a true diva – all of it on various outlandish prosthetic legs, designed by The Alternative Limb Project together with prothetists at Ability Matters. Recently, her first music video has been launched, in which she performs in the boldest and most uninhibited style. But, all the glamour in the video masks the years of emotional and physical turmoil she has been through.

Viktoria’s disability was caused by the negligence of her doctors.

She was born in Latvia at a time when it was still in the USSR, and the doctors’ negligence led to the dislocation of baby Viktoria’s hip and leg. They tried corrective measures, including putting her leg in a plaster when she was just two weeks old, but it only stunted the growth of her leg. By the time she turned six, the difference in the two legs was evident. She went under the knife 15 times. She was not even 12, then. 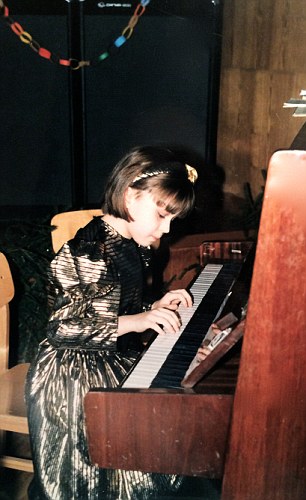 The world was cruel, but Viktoria had the undying support and love of her parent.

Even though the doctors had advised her parents to send her away to a children’s home, and wanted her hidden away from the eyes of the society like a deformed monster that would offend everyone, her parents never gave up on her. They couldn’t let their defenseless, innocent child be alone and lonely. They treated her and supported her like she was like any other kid.

But, growing up in the USSR with a disability was like living a life sentence. The society played its part, along with her physical incapability, to stop her from doing sports, taking walks, or looking pretty. She was embarrassed to be seen in public. Soon, her parents immigrated to London where she started attending senior school, with a new hope. But, things got worse, as she was subjected to extreme bullying by her schoolmates, because of her disability. Even the teachers never helped her, and after a few years, she left school. She was just 14 then. And as she was unable to attend school, social services kept threatening her patents with deportation.

But soon after leaving college, Viktoria found her path to self-discovery.

She started honing her talent in music, and developed her passion for fashion into a means to empower herself with confidence. She started experimenting with performance art and clothing, and found a style that suited her best. She started modelling at 15, and took one-year course in voice technology from London Vocal School. She had a keen interest in fashion, music, nightlife and anything image-related, and as she delved more and more into these, it made her more confident about herself. She realized that she wanted to build herself a new identity, and not let her disability make her feel or be handicapped. 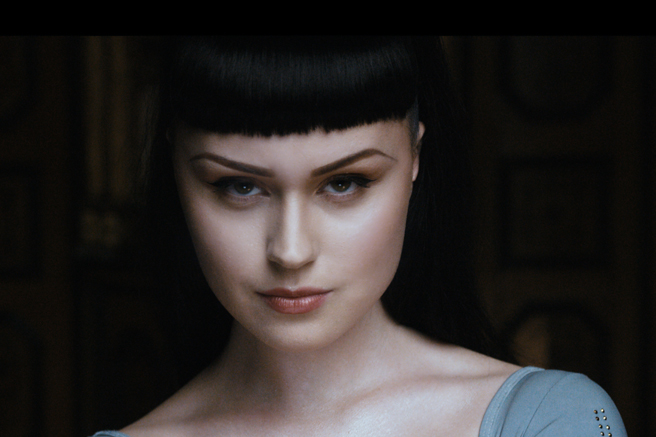 Viktoria finally made the most difficult choice of her life.

Even though she was keen, talented and charismatic, there was a problem in the perspective of the people, especially how the world of glamour perceived her. They were not comfortable in accepting a person with disability as a representation of beauty, and an alluring icon. By this time, Viktoria’s research had convinced her that the only way to get better mobilization was to get rid of the damaged leg.

She was barely 20 when she took the difficult decision of getting rid of her damaged limb, even though she knew she would face uncertainties. She made the brave decision to change the body that she felt disconnected with. It was more than just gaining body balance. She decided to play the hand dealt to her with confidence, and took charge of her body and her life. She finally managed to make a doctor agree to go through with the procedure.

Her relief was instant.

After her amputation, when Viktoria found her damaged leg gone, her thoughts were neither negative nor positive. She was just relieved to have finally gotten rid of her negative history, to start with a clean slate. With a new lease of life, she was now free to shape it all anew. It wasn’t like she had lost something: rather, she had gained a lot: health, control, peace of mind, the prospect of a better future, and she wanted to use it all to the best of her abilities, to fight against categorization as a disabled person. It was as if she finally severed the cord that was holding her back. She was now liberated to build an identity she was comfortable with. 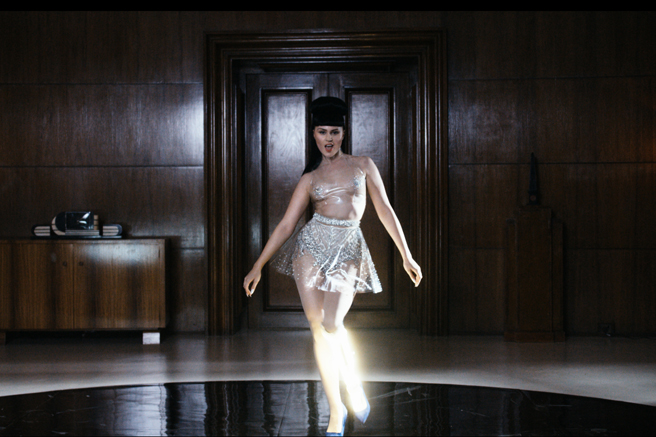 Viktoria soon found a way to create a statement look.

Three years after the operation, she chanced upon the designer limbs that she could get for herself. She decided to use this opportunity to have fun, treating her new leg as an art project. She would gain a leg that she could use as a fashion statement. She did not want to use her leg – and hence her disability – as prop to gain sympathy or adulation. She wanted it to be her signature style, a stepping stone to reach a place no person with disability had even been allowed to aim for, before. Ever since, she has been experimentative with her false leg. Sometimes, she has chosen a leg encrusted in Swarovski elements, and sometimes, she has strutted on a fierce, glossy, conical spike with no resemblance to a human limb.

Thus began her journey to the stars.

In 2008, Viktoria took Torture Garden Clothing to Zagreb, Croatia, to be featured in the high fashion week “Croa Porter” show. In 2009, she collaborated with musician-producer Nik Hodges for her musical writing career. Her first written track, Jane Bond, soon made it to the Music Wek Playlist. Her confidence and comfort with her own body was evident when she agreed to be drawn nude by James Stroud. The painting was featured in the National Portrait Gallery. She started getting recognized for her unique approach and attitude.

In 2009, Viktoria was seen bringing to the stage of Lakme Fashion Week a unique mix of her distinctive fashion and music, in a finale of Ziad Ghanem and Firetrap’s fashion show “THE IMMORALIST”. Three years later, she gave a live performance with Coldplay at the 2012 Summer Paralympics closing ceremony. Without a doubt, she was the perfect candidate to be the face of the Paralympics. She was the like embodiment of the tournament’s ideal to show the world that people with disabilities are much more than their physical challenges.

And then, her music video with Channel 4 came into being.

In 2014, Channel 4, as a part of its Born Risky campaign, launched Viktoria’s track, Prototype, and introduced the world to the “first Bionic Pop Artist”. The video is bold in every bit, and challenges our stereotyped, inhibited notions about disability. She makes no effort to ignore her disability or hide it: instead, she highlights it in a positive way, and uses it as a tool to fight boredom caused by the lack of diversity in the industry. She has bared herself, putting on display her natural leg, with the part below the knee missing.

Her risqué music video also addresses a sensitive subject that we treat with silence, like a taboo – the sexuality of a person with disability. She believes that every person has a right to sexuality, and as she pushed herself to the point where she was still comfortable and happy, without being explicit, she tries to make people and the media rethink their tendency to suppress the sexual identity of disabled people. 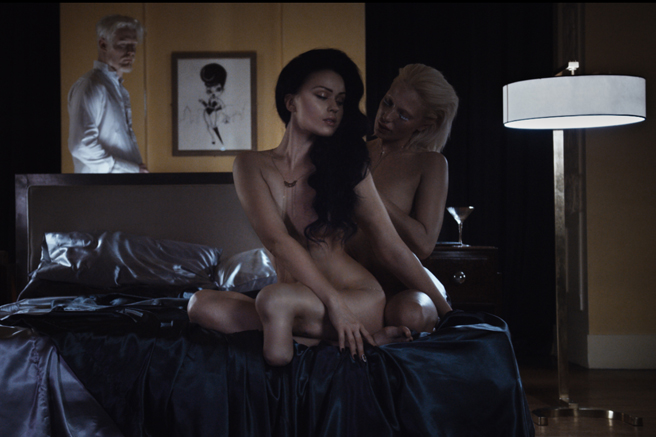 Bionic or not, Viktoria does not connect with the concept of disability. She believes that in the world of today, no physical disability – or health problem, as she prefers to call it – is too hard to overcome. She is strictly against labeling people on the basis of their body issues. People are unused to seeing disability as a part of glamour or sensuousness, and she mainly blames the media for that. She has chosen to be unrestrained and seductive in portraying herself. Sometimes she goes au naturel, and sometimes she is all decked up; each and every time, she uses her amputated leg as an accessory to make a powerful statement.

Viktoria is aware that she cannot single-handedly battle the shock or negativity towards the presence of people with physical problems in the pop culture. But, she has taken a step to start of a dialogue about disability among people who have little or no knowledge about the lives, struggles or desires of those like her. She hopes to see a world where the disability does not become the identity of a person, and that everyone is known for their work, and passion.

Even though she does not wish to be idolized, Viktoria is a true inspiration. She is not the face of disability being overcome with perseverance. She is the ambassador of transcendence of adversities, and doing whatever the heart desires. She does not promote or live clichéd life. For her, the best life is that which closely resembles a movie script.

The music video featuring the song Prototype has been described as elitist, and accused of glorifying disability. It has also been criticized for upholding pop media’s tendency to objectify women, this time by using Viktoria’s prosthetic leg as a prop. But she establishes the sexual identity of a person with disability though the exploration of the concepts of polygamy, bisexuality, etc. in her sensuous video. She puts her prosthetic foot down, literally, to break the general standards of beauty and body image, thus proving that she is differently beautiful. By doing so, she claims her own place in media and society. She hopes that someday, the concepts of disabled people being beautiful, sexual, talented and independent beings will attain normativity, that the society and media’s perceptions of these sensitive issues, and the treatments thereof, will change. 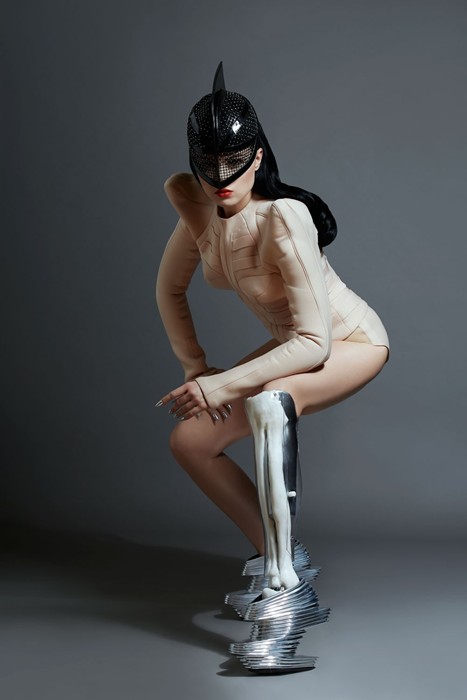