“If you’re going to be an entrepreneur… it’s not all textbook. It’s gut feeling, it’s intuition, it’s a feeling you have that you can do this and make it happen. I think you have to have a personality…” ~Wayne Huizenga 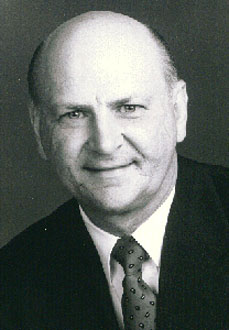 He was born in 1937 in Evergreen Park, a suburb of Chicago to Gerrit Harry and Jean Huizenga. At the early age, he moved to Florida along with his parents and a younger sister. From the very childhood he found his father to be very abusive and irresponsible towards the family and he soon realized his father wasn’t the person he aspired to be; therefore, he decided to make his own way. He promised himself that he’d never be like his father and did everything to make his life better.

On completion of his studies from Pine Crest School, Huizenga enrolled at Calvin College in 1956 but dropped out within one year after he got enlisted in the Army reserves. After finishing his Army training, he went back to Florida looking for the opportunity in the waste management industry. He bought a truck and started taking the garbage out of Broward County and gradually his business grew into Waste Management Inc., and expanded across the southern part of Florida. In coming years, Huizenga’s company emerged as the biggest waste management firm in the United States.

His thirst for success did not stop at this stage as he wanted to explore more. He sold out his company and purchased Blockbuster stores, which was another biggest hit, and merged it with Viacom for $8 billion. He kept pursuing his passion of purchasing new ventures and making them huge and successful. According to Forbes, as of September 2013, Wayne Huizenga’s net worth stands at $2.5 Billion.

Negative circumstances or pessimistic people can never make our road rough if we are determined to keep walking on the road we choose for ourselves. From the very childhood, he experienced how his abusive father consistently let his family down but instead of being like him he conditioned himself to be different. He took motivation from his father.

How come a negative or abusive person be a source of motivation?

Opposite motivation, which means preparing yourself differently or turning your life positively from the adversities that you experience in your life. It is difficult but not impossible! We can accomplish it with willpower and perseverance and by making an honest promise none but to yourself.