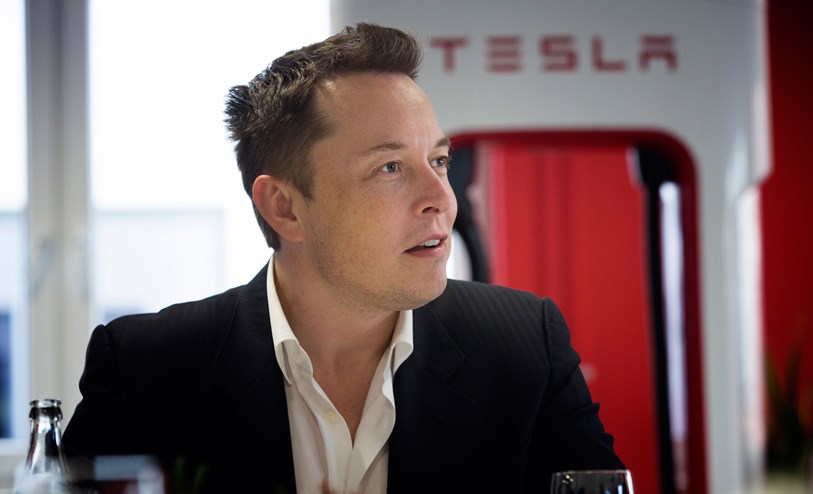 Elon Musk, CEO and CTO of SpaceX, CEO and product architect of Tesla Motors, and chairman of SolarCity is one of the most interesting and fabulous businessmen alive. His uncanny ability to ferret out and master new technologies and projects is amazing to think about.

Elon Musk was born in South Africa on June 28, 1971. He got his first personal computer at the age of 9, at the age of 12 he earned $500 by selling a computer game called Blastar, which he had developed all by himself. In 1999, he sold Zip2 for $307 million and formed PayPal. In 2002 he sold PayPal to eBay for $1.5 billion in stock and founded SpaceX. In 2004, he invested in Tesla Motors. In 2007 he won $1.6 billion contract with NASA and in 2008 he become CEO of Tesla Motors. In 2012, SpaceX became first commercial vehicle to deliver supplies to International Space Station and in 2013 he released his conceptual high-speed transportation system known as the Hyperloop.

Only 14 years after making his first millions, Elon has becomes one of the most influential businessmen alive today. He is the second entrepreneur in the Silicon Valley (after James H. Clark) who managed to found three companies with the market capital of more than $1 billion – PayPal, SpaceX and Tesla Motors. The secret of his distinctive personality traits is determination, critical thinking, accurate self-analysis and rigorous hard work.

Here are the 10 rules of his success.

“Failure is an option here. If things are not failing, you are not innovating enough.” – Elon Musk

2008 was the crucial year for Elon mask when he faced tremendous pressure of giving up after failure coming in from all directions; but he did not. “No, I don’t ever give up. I’d have to be dead or completely incapacitated,” Elon was once quoted saying.

We don’t want to take risk probably because we are afraid! We won’t get it, maybe we don’t want to waste our money, time and energy. Elon Musk once made a contingency plan for SpaceX anticipating the probable failure in his first attempt of sending rockets into space and said:

“If we don’t get the first SpaceX rocket launch to succeed by the time we’ve spent $100 million, we will stop the company. That will be enough for three attempted launches.”

His first launch worth $30 million failed, the second attempt worth $60 million failed and finally his third attempt was a success after which he won a $1.6 billion contract from NASA for 12 resupply flights to the station. So Musk says that failing is an inevitable part of creative process.

Elon Musk is known to be the smartest and hardest working entrepreneur of the 21st century, but he knows his limits better than anybody else. In 2006, when he thought about an idea for a solar panel company he realised that starting it would distract him from dedicating his all to SpaceX and Tesla. So he involved Peter and Lyndon Rive, who actually founded SolarCity in that year. Musk was the principle investor of the company and became the chairman of the board. He invested his time there but kept a safe distance enough so that it doesn’t extract all his time and energy.

Why only Solar panel, Hyperloops, Supersonic jets, and virtual reality interfaces have attracted his attention for which he is gradually working on these fields on surface labels.
Welcome An Exit Plan If Required And Invest Into new Business!

Learn to extricate from your own startups when required. Can you anticipate what would have happened if Musk had stuck to his first findings Zip2 or PayPal? He’d would have been successful enough but not the most significant one- there would have been no electric sports cars, no rocket ships to his name and Solarcity.

At the age of 12 he developed video game and sold it, in 1995, he founded an online city guide Zip2 and sold it in 1998 for $307 million, he invested $10 million and founded Paypal and sold it to eBay for $1.5 billion. He got $165 million in Ebay stock and $100 million to founding SpaceX. He also invested heavily in Tesla Motors and SolarCity. He kept finding such extraordinary businesses that he still runs today. So don’t stop and stick to one business just because it is safe, rather shift into something bigger and greater than that.

Be The Happiest Customer Of Your Own Product

There are great many inventions and businesses started because innovators wanted that for their own use. Musk loves his Tesla car so much that he traveled from LA to NY with family in Model S. He announced it in 2013 in his Twitter: “Just finalized the LA to NY family road trip route in Model S. 6 day, 3200 mile journey with only 9 hrs spent charging.” By putting himself behind the wheel of company’s car he sought out the first hand experience and insights to improve Tesla’s electric car.

For SpaceX, he says “I don’t want to be doddering around up there, needing a quadruple bypass,” He says he wants to be on a rocket to Mars by 2030, when he’ll be 61 years old.

Humans are the most intellectual creature on earth but many can’t explore the fact. Until unless the greatest hunger for finding the higher purpose of doing something isn’t aroused in you or bothering you, nothing greatest can’t really take place. Colonizing Mars is much more than a business idea. It’s about the future of the entire human species:

“I think it’s important that humanity become a multi-planet species. I think most people would agree that a future where we are a spacefaring civilization is inspiring and exciting compared with one where we are forever confined to Earth until some eventual extinction event. That’s really why I started SpaceX.” Elon Musk

Focus On Signal Over Noise

He always emphasis on better service or product. He, in his commencement speech at USC in 2014. says,

“A lot of companies spend money on things that don’t actually make the product better. For example, at Tesla we’ve never spent any money on advertising. We put all the money into R+D, and manufacturing and design to try to make the car as good as possible. And I think that’s the way to go. For any given company just keep thinking ‘are the efforts that people are expending resulting in a better product or service?’ If they’re not – stop those efforts.” – Elon Musk

Look For A Solution

While most people believe in Einstein’s word “You can’t solve problems with the same thinking that caused them” Elon mask doesn’t think that way. People believe that battery packs will always be expensive because they’re actually pricey to make. Musk says that when you break down fundamental components of batteries (cobalt, nickel, aluminum, carbon, polymers, and a steel can) and built your own batteries, costs can be radically compact.

“I think it’s important to reason from first principles rather than by analogy. The normal way we conduct our lives is we reason by analogy. [With analogy] we are doing this because it’s like something else that was done, or it is like what other people are doing. [With first principles] you boil things down to the most fundamental truths…and then reason up from there.”

This led him to finding Tesla Energy, which is revolutionary energy storage for sustainable homes and businesses. Most of us aren’t successful in creating such revolutionary shifts just because we don’t doubt “That’s just how it is and that’s how it’s always been.” He always advises to challenges reality diving deep into the fundamentals.

“It is a mistake to hire huge numbers of people to get a complicated job done. Numbers will never compensate for talent in getting the right answer (two people who don’t know something are no better than one), will tend to slow down progress, and will make the task incredibly expensive.” – Elon Musk

He believes a company is a group of people gathered to create a product or service. So he says:

“depending upon how talented and hardworking that group is, and the degree to which they’re focused cohesively in a good direction, that will determine the success of the company. So do everything you can to gather great people if you’re creating a company.” – Elon Musk

Have a Great Product

He emphasizes on the quality of the product or service first,

Elon Musk devotes 100 hours of work week between Tesla and Space X and he believes it to be the bedrock of his business success. He advises,

“Work like hell. I mean you just have to put in 80 to 100 hour weeks every week. [This] improves the odds of success. If other people are putting in 40 hour work weeks and you’re putting in 100 hour work weeks, then even if you’re doing the same thing you know that… you will achieve in 4 months what it takes them a year to achieve.” – Elon Musk

A Sincere Reflection On These Lessons

Can I be a part of positive change of the world? This very desire eventually led Elon mask to starting Tesla, SpaceX, Solar City that are literally changing the course of humanity. If we make an honest attempt to ask ourselves – “what can I do, where is my contribution to such transformational changes”, it will certainly lead us somewhere.

Despite filthy financial crisis, toughest problems around and destructive criticism, Elon Mask stood still and did what he envisioned. Whenever you get distracted, remember his courage to focus on high-impact activities, how he challenged his limits, how he pushed himself and solved problems beyond himself.