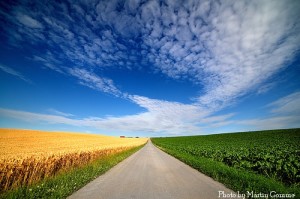 Success has abundant and varied definitions. For some, it is a very personal and subjective thing, which they relate to attaining contentment and happiness in life. There are other people who define success solely as the attainment of popularity or profit. And, there is yet another group of people who believe that success is a conglomeration of both definitions.

Why is it important to define your own Success?

Success can’t be felt by concentrating on others’ experience; nor can it be achieved by watching others progress. Attempting to do so will not take you far. You will end up living others’ life or have their success.
Therefore, planning for yourself is necessary. Others’ experience might guide you towards positive light or work as your inspiration but the point is you will lose your significance by walking through their way.

My perception of Success

Success is not a final destination that takes you somewhere on its accomplishment, nor is it a status that can be fulfilled on accumulation of material wealth, and attainment of eminence and favor; success isn’t about the position that counts but the obstacle that triggers the fire inside you to triumph over it counts; success is not static, it is dynamic that encourages to take on new ventures; success is when you are in ‘a worthy course of continual becoming’ without losing your devotion, enthusiasm and perseverance, or on the other way success means laying a firm foundation for persistent growth and progress while walking through discouragements and stumbling upon failures.

Following are 11 great thoughts that have profoundly changed my perception on success:

It doesn’t matter how badly you want something, action is the interpretation of your desire and the very key to any success. The world doesn’t offer anything to your desire, whatever you receive is the outcome of your actions. Moreover, it is action that solves the problem and produces results, positive or negative, not the theory or desire. Therefore, take ACTION to accomplish your dreams.

What differentiates successful people from the unsuccessful is ACTION. You are quite likely to find hundreds of unsuccessful people with distinctive ideas and desire to accomplish their dreams and goals. The only reason they couldn’t reach their goals is that they never endeavored to transform their plans into reality.

Success is a dreadful addiction if you keep chasing it. You don’t have to seek the road to success. Just dedicate yourself to what you love to do and success will naturally follow you.

Walt Disney, who is widely remembered for his numerous successes including Mickey Mouse, Donald Duck, Disneyland and more, failed consistently but kept doing what he desired to and success had to trail behind him.

3. “Throughout the centuries there were men who took first steps down new roads armed with nothing but their own vision. Their goals differed, but they all had this in common: that the step was first, the road new, the vision unborrowed, and the response they received — hatred. The great creators — the thinkers, the artists, the scientists, the inventors — stood alone against the men of their time. Every great new thought was opposed. Every great new invention was denounced. The first motor was considered foolish. The airplane was considered impossible. The power loom was considered vicious. Anesthesia was considered sinful. But the men of unborrowed vision went ahead. They fought, they suffered and they paid. But they won.” – Ayn Rand

You don’t have to get frightened if you are walking on a road never taken before, if you are stumbled upon consistent defeats, or you are heavily rejected and criticized for defending your ideas. There is a saying, ‘Stick to your knitting‘ as every greater success has to pass through failures, denunciation and rejection. Failures help you take an assessment of the depth of your perseverance. Instead of borrowing, create your own vision.

American physicist and inventor Dr. Robert H. Goddard, who is considered to be chiefly responsible for building the world’s first liquid-fueled rocket and laying the foundation of today’s rocket and space travel, was heavily criticized and laughed at for his ridiculous ideas.

4. “Man’s rise or fall, success or failure, happiness or unhappiness depends on his attitude… a man’s attitude will create the situation he imagines.” – James Allen

Miseries or happiness, obstacles or opportunities, failure or success in life are a matter of perception. You can find happiness in miseries, opportunities in obstacle and success in failure or all in the opposite – miseries in happiness, obstacle in an opportunity or failure in success. It’s attitude that robs out the gems from inside or helps us reach to the entrance of the greatest blessings of life. We can attain the solitude of monstrous sorrow and emptiness of pain or unending variety of colors of life, and eternal happiness in every season of life. We can paint our days with brush of hopes, faith and love of our imagination or interrupt and destroy those glowing and blooming tinctures with just an abrupt silly whim – it’s a matter of our choice.

The self-made steel magnate and philanthropist Andrew Carnegie emerged through acute poverty. From childhood, he passed through tough times to make ends meet, had to spend several days and nights without having any foods. Later he migrated to the United States and got a job at a cotton mill where he would work for twelve hour days, six days a week. Gradually, bit-by-bit, he started uplifting his life. Soon he ventured into steel industry and became the richest man on earth. Despite the unbearable pangs of hunger, interminable sorrows and miseries of life, he never compromised with his principles of hard work, determination and honesty to positively transform his life. Attitude can initiate one to surrender to the defeats in spite of having positive circumstances to evolve. Likewise, it can initiate one to take venture into the impossible journey to set an example to the world regardless of having encircled by unconquerable difficulties.

5. “Your time is limited. Don’t waste it living someone else’s life. Don’t be trapped by dogma, which is living the result of other people’s thinking. Don’t let the noise of others’ opinions drowned your own inner voice. And, most important, have the courage to follow your heart and intuition. They somehow already know what you truly want to become.” – Steve Jobs

Our mind is filled with bunch of antique and convoluted beliefs that never let us undertake the journey of self-exploration. Only those people who take the venture of self-assessment and feel the tremendous potential in their dreams manage to come out of these fallacies that hinder their personal progress. On the other hand, the people who keep on ignoring and abandoning their dreams stay stood on the edge of life’s greatest disappointment and regret for never having favorable opportunities. Life is short, then why not discover our true prospective and embark upon great and worthy courses with self-belief and hope?

6. “All great deeds and all great thoughts have a ridiculous beginning. Great works are often born on a street corner or in a restaurant’s revolving door.” – Albert Camus

Great ideas are generated within us with the initiation of enthusiasm and curiosity regardless of where we are.
Apple, which is largely considered to be responsible for the tremendous growth of the personal computer industry in the 20th century, started its journey from a garage.

American multinational information technology corporation Hewlett Packard, which was founded by Bill Hewlett and Dave Packard, started in a one-car garage in Palo Alto in 1939.
Amazon.com, the largest online book selling company, initially began in the garage of Jeff Bezos.

Disney was commenced by Walt and Roy Disney in their Uncle Robert’s one-car parking garage. Dell, one of the largest technological corporations in the world, started its journey in Michael Dell’s dorm room.

Harley Davidson was founded by two childhood friends Arthur Davidson and William Harley in a small place. There are several such examples of humble beginnings.

7. “Consult not your fears but your hopes and your dreams. Think not about your frustrations, but about your unfilled potential. Concern yourself not with what you tried and failed in, but with what it is still possible for you to do.” – Pope John XXIII

Thinking about fear, frustration and failures will never bring any solution. Whereas, considering over doing the possible things at hand, exploring the limitless potential within, and advancing confidently in the direction of dreams will always guide us to find out the ways to live the dreamed life.

No matter what the size or nature, change seems to be scary to most of us. But the anticipation of the things that could have been positive and regretting the things you could have done are the greatest sources of catastrophe. Change is a norm without which perfect composure in any respect is impossible – the novelty of Spring has to make way for vivid and dazzling Summer; therefore, move forwards and accept changes regardless of consequences. Change brings surprises and opportunities to evolve and flourish.

9. “Success is not the key to happiness. Happiness is the key to success. If you love what you are doing, you will be successful.” Albert Schweitzer

We often feel we will be happy once we are successful while the truth is just the opposite. Happiness lies in putting our heart, mind and soul into what we love doing and success is discovering what you love to do.

10. “Obstacles are like wild animals. They are cowards but they will bluff you if they can. If they see you are afraid of them… they are liable to spring upon you; but if you look them squarely in the eye, they will slink out of sight.” ~ Orison Swett Marden

What prevents you from taking action for your desired goal is FEAR of stumbling upon obstacles. Obstacles you fear are nothing but the frightful things of your imagination, they vanish when you stand in front them with your supreme confidence and perseverance.

IMPOSSIBLE word is not discovered by you rather forcefully imposed on your belief about your ability by small, stupid and embittered people around you who couldn’t accomplish much in life. Circumstances of taking the ‘IMPOSIBLE’ for granted has been strictly fenced around you so that you often miss the sequence of opportunities arriving in disguise of impossible situations. If your idea is new and distinctive, don’t stop exploring further as it might prove revolutionary. Remember, every revolutionary idea or any greatest discovery was possible by those people who were ignorant about the IMPOSSIBLE facts.

Jessica Cox, World’s first armless licensed pilot, was born without arms yet she accomplished more than the people who are blessed with everything except desire, determination and courage.
Despite being born without arms, Musician and Guitarist Tony Meléndez continues to inspire millions worldwide with his music. He plays guitar with his legs with equal efficiency of playing with arms.

Anthony Robles, who is widely popular and known as one of the most brilliant wrestlers in the history of Arizona State to win the NCAA individual wrestling championship, was born with only one leg.

Kyle Maynard, motivational author, speaker, entrepreneur and award-winning athlete, was born with arms that end below elbow and half legs that end under his knee. He has set record in weightlifting, and won various mixed martial arts, wrestled for some famous teams and became world’s first person to crawl to the summit of Mt. Kilimanjaro.