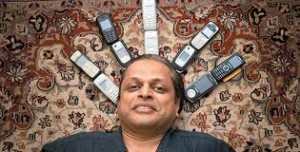 Anurag Gupta is the Founder and Chief Technology Officer of a Mumbai based organization ‘A Little World that provides hi-tech innovative solutions including micro-banking, media lighting, and sanitation in the rural and deprived areas in India. Since the inception of the company in 2000, he has been very influential and prime figure in conceptualizing the ZERO platform for branchless banking as well as and bringing some reputed banks such as SBI, Dena bank, Axis Bank, Oriental Bank of Commerce and industries like NXP and Nokia for implementing the Financial Inclusion in poor villages. Within ten years, the organization A Little World has expanded across over 20 states in the country and has been serving over 3 million customers. The company was awarded with the The Sankalp 2009 High Impact Award for being a Highly Scalable Social Model at the Sankalp Social Enterprise and Investment Forum.

Apart from A Little World, Anurag is also the founder of Savings Support Foundation and Zero Microfinance and has been a major figure behind some major initiatives with universities, banks, government bodies as well as industries to improve and enhance security for mass deployment in the Indian environment.

Anurag is widely acknowledged as the person who has connected the rural India with the mainstream financial institutions. He aspires to take the company to the world to fight against poverty at the international level “We vision to make this company the largest microbanking organization in the world. We hope to reach a level of 100,000 outlets serving a base of over 50 million customers in the process.” (Quote source: nextbillion.net)