“Before success comes in any man’s life, he’s sure to meet with much temporary defeat and, perhaps some failures. When defeat overtakes a man, the easiest and the most logical thing to do is to quit. That’s exactly what the majority of men do.” – Napoleon Hill

Are you battling the urge to quit on something of Utmost Importance?
Dig deep inside; discover the inner strength; give some hard kicks to your strong emotion of giving up; and promise yourself gifting the ‘SUCCESS’ you’ve been dreaming of. Remember, ‘GIVING UP’ is not a pathetic PHRASE spoken by a broken spirit; it is rather your attitude. Your mind says it can do anything provided your attitude supports it with all it can.

Napoleon Hill was one of the greatest American writers as well as producers of the genre of personal-success literature. He is best known for his most famous work – Think and Grow Rich in 1937, which is considered to be one of the best-selling books of all time with over 25 million copies sold worldwide.

Don’t be afraid to give your best to what seemingly are small jobs. Every time you conquer one it makes you that much stronger. If you do the little jobs well, the big ones will tend to take care of themselves. ~Dale Carnegie 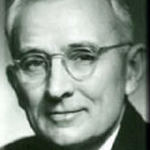 Persistence, flaming enthusiasm and infinite courage can help you conquer anything you want. The problem is that we often feel that success means attaining, attempting and achieving big things. As a result, we prevent ourselves from dedicating our patience and perseverance in doing small things which altogether contribute to SUCCESS.

Dale Breckenridge Carnegie was an American multi-talented personality – a writer, designer and developer of popular courses in self-improvement, corporate training, public speaking, and interpersonal skills. He authored the best seller How to Win Friends and Influence People in 1936. He was born in acute poverty in Missouri to a poor farmer but went on to accomplishing everything in life with dedication, guts and passion for ‘Doing Small Things Right’. 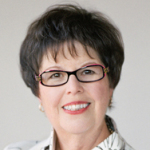 Your compassion and generosity have power to heal thousands of wounded souls around you. Your reaching down to help people lift up themselves will repay you with their blessings. So be generous. At times, you might have to give yourself away but don’t hesitate because at the end of the day you will feel enlightened and satisfied for making someone’s life meaningful.

Debbie Macomber is a best-selling American author who has already sold more than 150 contemporary women’s fiction and romance novels. She has been honored and awarded with Romance Writers of America RITA as well as a lifetime achievement award by the Romance Writers of America for her lifetime contribution. In total, over 140 million copies of her novels have been sold across the world.

She successfully evolved through difficulties in her life. In spite of having only high school degree and busy schedules with four children and house-hold responsibilities, she perused her passion and chased her dreams. She developed her very first manuscript in the kitchen with the help of a rented typewriter. She continued to write for over five years with several rejections, she never gave up and her passion rewarded her for her perseverance, courage, patience and never-give-up attitude.

“The foundation of success in life is good health: that is the substratum of fortune; it is the basis of happiness. A person cannot accumulate a fortune very well when he is sick.” — P.T. Barnum 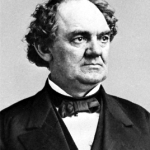 Happiness cannot be pursued in the expense of health. It is the greatest of all possessions mankind ever had. If you are blessed with good health, then you are the happiest in this materialistic world. What surprises me that we risk our health for earning wealth and then the same wealth we spend in search of good health. By the time we try to put it on track, it is already too late. Good health will offer you countless opportunities to involve yourself in meaningful activities; therefore, work hard to maintain it.

Phineas Taylor Barnum was an American multi-faceted personality. Besides being a scam artist, showman, businessman, and entertainer, he was also a politician, author, and philanthropist. He is specially known for supporting celebrated hoaxes and for establishing the circus that later became the Ringling Bros. and Barnum & Bailey Circus.

5. Do small thing with great care

“Nothing is so small as to be insignificant. Success in business is getting countless small things right. The big things then naturally follow.” Charles Robert Darwin 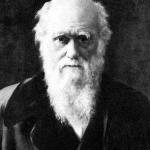 It is our tendency to focus on doing big things with utmost attention and passion, leaving or ignoring small things behind. We forget that doing small little things with greater care will make a huge difference. If you read the life of great people, you will have a very good picture of how they have emerged through accomplishing countless and anonymous small tasks with great care. Neglecting apparently and seemingly small irrelevant tasks, you are actually missing out the opportunity of keeping a step on the stair that will lead you to the pinnacle of success.

Charles Robert Darwin was a well-known British scientist and naturalist who established the theory of evolution that completely changed the way we think and perceive the natural world. In 1859, Darwin published his theory with prominent evidence for evolution in the book the Origin of Species. 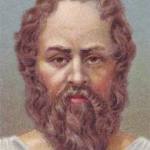 Doing good might make you immortal and remembered but being clean and pure to yourself will serve you with divine pleasure.

Socrates was a classical Greek Athenian philosopher who is known as one of the founders of Western philosophy. Apart from being a philosopher, he is memorized through the writings of his students. He has also significant contribution to the field of ethics which he taught to his students.

7. Be positive and optimistic 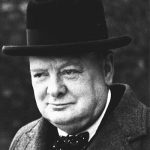 Always choose to be an optimist and you will feel to be blessed with cheerful countenance all the time. As an optimist, you open the door to the world of best possibilities, opportunities, prosperities, and happiness. People who see the sunny side of everything even in the worst time of life never fail to win and stay enlightened and motivated.

Winston Leonard Spencer-Churchill was a British Conservative statesman, greatest wartime leader of the United Kingdom, a notable orator, a historian, an artist and a writer and the only British prime minister to have received the Nobel Prize in Literature.

“He who controls others may be powerful, but he who has mastered himself is mightier still.” ― Lao Tzu 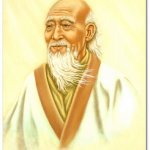 One who has conquered himself has actually conquered the world. Rise above your anger, depression, impulsiveness, intolerance for something better and higher and getting closer to the peace of mind.

Laozi was one of the well-known philosophers of ancient China. He is widely acclaimed as the author of the Tao Te Ching. He is also respected as a holy figure in religious forms of Taoist philosophy that considers him as “One of the Three Pure Ones”.

“Cultivate the habit of being grateful for every good thing that comes to you, and to give thanks continuously. And because all things have contributed to your advancement, you should include all things in your gratitude.” ― Ralph Waldo Emerson 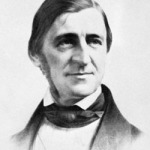 Always be grateful to the people who have contributed in anyway to your advancement or helped you to evolve as a better person. When you acknowledge their good deeds and show gratitude, you actually lay the foundation for receiving abundance.

Ralph Waldo Emerson, an American lecturer, philosopher, essayist, and poet, who was the primary figure of the Transcendentalist movement of the mid-19th century. He believed in individualism and harmony between man and nature. He was against the countervailing pressures of society on nature that he expressed through his published essays as well as over 1,500 public lectures that he delivered throughout the United States. 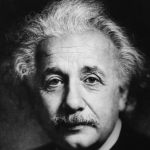 There is a saying, “The real men set a code of honor and as a man of value.” Instead of running behind temptations for success that consistently arrives to lure us, it is far better to stick to the task you have taken in your hand and finish them honestly.

German theoretical physicist Albert Einstein is considered to be the father of modern physics and the most influential physicist of the 20th century for his contribution in the theory of general relativity, and effecting a revolution in physics.