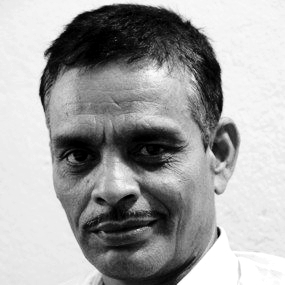 Terrestrial circumstances in the existence of mankind are the basis of evolution, innovation and incarnations that navigates our life according to our tendency to achieve the spell of excellence. After the death of my parents at childhood, when I was mentally assassinated by my patron, the potency of my spirit always encouraged me to explore beyond the inherited system of mankind, and that always helped me to survive from frustration and agony. Always, I trusted and honestly respected my relatives as a true patron but I have been always badly treated by them, only because they were afraid of my tendency towards the potentials of pen, which would help me to ask them to return my properties. Thus, I couldn’t even enter the premises of any recognized primary school. It was only my spirit that defined my mind perplexed in mazes of frustration, to neglect the Gun and Money power and approach the graces of literature to achieve my goals within peace and solidarity. Still I am struggling on my way…

Whistle trading on footpath, while searching out a proper solution within peace and solidarity, of the complexities of my own life, I found the entire existence of mankind suffering in an intangible mazes of terrestrial bliss. Working as a labourer on footpath for rich and poor, among atheist and theologians, I saw them all perplexed to fulfill their own desires for opulence (splendour). Here I found the roots of evolution, innovation and sins, hidden behind intention and imagination, separating the existence of mankind in religious and political boundaries, creating outskirts according to their own inherited system of thoughts and genetic nature. Now my own problem emerged as the problems of entire human beings and my goal was to achieve a comprehensive solution that would be unanimously accepted by all. To uproot the basis of the complexities in the life of human, I began to explore beyond the genetic nature and the inherited system of thoughts of mankind, following both the scientific insight and the theological definitions on the basis of ethnology. Right up from the origin era of human beings on Earth.

Without the graces of literature, our science or theology are not potential enough till yet, to bring changes in our inherited system of thoughts and genetic nature for character developments. Actually, we are existing in a dynamic process of Nature and all the incarnations of Gods had determined many definitions to evolve on the basis of peace and humanity, according to its contemporary needs. But at this current period, growth of our evolution and innovation have exceeded its views beyond the potentials of revelation, targeting the goals directed to terrestrial bliss against the natural process and this is what are the lethal aspect of our inherited system of thoughts. Our attitude and attributes had always utilized whatever we created, neglecting the dark aspects of the creation and that is what we mean is our genetic nature.

As we are seeking safety with nuclear weapons, after the rise of science and the fall of spirituality, we will have approached the graces of literature as same, for character developments to bring changes in our inherited system of thoughts that separated by religious teachings, culture and traditions. Science is a creation of mind and revelations are the potency of our spirit, so I have tried to define both the basis of our existence in my creation entitled Agilia: Mother of all Sins. It is designed as a method of new spiritual information, to secure the safety and morality of our future generation that would perpetuate the basis of peace and generosity.

This creation includes all our theological definitions in one idea, following the history of mankind within scientific insight. It is an experiment with English literature, creating shortcut of story telling to save the time of readership. I have converted a philosophy into fiction, straightaway revealing the true facts of the majority of the believers using the God teachings to fulfill their own desires, instead of following it for philanthropic purpose. Though our religious definitions are different from each other, but the meaning is same. Here our tendency to use the God teachings for beneficence prevents the perception of mankind to trust the other religion which they do not follow. Ironically they do not have any other options to explore beyond their inherited system of thoughts and that’s the main obstacles on our path to peace. Thus I have tried to bring all our God teachings in one idea as a character that reveals the true facts of the value of our devotion in our existence, by his conversations with the character of Nature that appears in various embodiments of motherhood. The main view of this creation is to break the religious boundaries, without disgracing the belief of any mankind, for character developments that would secure the safety and morality of our future generation. No doubt, as far our science has gained its excellence our spiritual graces have fallen down bellow to its dangerous point. So there is no any other way for the world community to perpetuate the basis of morality, without creating a method of new spiritual information according to the needs of this current period, such as this creation.

Triumph or fiasco is useless words for the honest efforts with a philanthropic view. Triumph of this creation means we are looking forward for peace and solidarity. Its failure is enough to prove, the time is still on its way to evoke the entire human being on path to peace and the lethal aspects of our scientific achievements are evolving beyond our spiritual potency. After all, I have done my job as far it was possible for me. Now it’s the liability of the world leadership in ministry and of all the intellectual communities to appropriate these principia of this new spiritual information among public at large to perpetuate the basis of peace in existence of human beings.

I am not a trader of any religion or a preacher of any sect. I have always been far from professional politics, so it is easy to imagine about my success. Till yet, I have only achieved degradation and agony for my self and frustration with loads of loan for my family, only because I am living among corrupt administrative system at my native place. But I am satisfied with my efforts; I have created a method for the world community to survive from the lethal attitudes of mankind leading us to an unnatural end.