“Desserts make memories sweeter and last longer,” – a statement that often resonates on the ears of Vaishali Maniar- woman entrepreneur and the founder ‘crumbs!’ – a home bakery.

As she adds- “whether it is sharing a decadent hot fudge nut sundae with your family, hearing stories from your grandma at tea time over some orange cake, welcoming neighbours with a batch of home-made cookies, a mid-night snack when friends are over, the look on your child’s face when he cuts his first birthday cake, surprising your spouse with a scrumptious chocolate cake, a batch of comforting brownies for your friend who’s feeling the blues, or just eating a muffin while reading a book. These are the smaller things in life that make it worth living. “

A post-graduate degree in insurance, and having worked for more than 5 years in the corporate world- and then, all of a sudden, deciding ‘baking’ for a career – well, sounds as weird as it can ! But that is what you would probably label as ‘following a dream’…and for Vaishali it is possibly having fun at work.

She baked her first cake for her grand mom, whom she loves dearly, on her birthday – a pleasant recollection that still brings a smile on her face.
“Being in the financial services industry, I quickly figured out that it was not something that I enjoyed,” recalls Vaishali –as her creative self was being stubbed: she also dabbles in content writing.

She used to bake on and off earlier. Post marriage, her renewed experimentation with baking started and she soon realized that she enjoyed it a lot and it was her greatest stress buster! Watching the celebrity cook, Nigella Lawson, breaking down a seemingly complex dish with commendable ease gave vent to her inner aspiration. She would look forward to baking something new…. even a simple excuse, such as visiting friends for an evening cup of coffee was reason enough to bake something for them. Her baked goodies were a hit amongst friend and that led her thinking seriously about turning this hobby into a venture. With encouragement from her husband and friends, she officially launched crumbs! in May 2012 with the savings from her corporate job.

To my inquiry as to what she believes distinguished crumbs! : Vaishali replies- “The one thing you are sure to get at crumbs! is the personal attention to every order. I try and accommodate a lot of different requests from customers. The personal touch is the reason you have a small, albeit satisfied, customer base and I don’t plan to expand to a point where that aspect is lost.“

Vaishali is the one woman army at crumbs! which runs on cash-on-delivery revenue model. She accepts orders a day or two in advance.

Her initial struggles, as she says, were predominantly in two aspects: marketing and managing customer expectation. Marketing for a small outfit (which has no budget allocated for marketing expense) is a challenge and most of it is done via social networking and word of mouth.

On Managing Customer expectation, she says-“many people expect you to price your products cheaper than a store, as there are no fixed costs. However, very few realize that as home bakers we run a one-man show, sourcing raw materials is more expensive (and difficult) and a lot of time and effort goes into creating the final product. Often, in the struggle to compete with a bakery, we are forced to factor only for cost of material and don’t even consider labour cost. Further, customers expect that orders should be processed within a day and delivered at their doorstep, which, given the power situation in the country are difficult to manage. Of course, all of these challenges come with the territory, and I am not the only home baker who would be facing this issue! “

She enjoys baking, so she would always want to ‘get her hands dirty’- as she exclaims. In the immediate future, she plans to work on a series of recipe incorporating different flours, pulses, honey and jaggery in her baked goodies, in an attempt to make relatively healthier options. Eventually, she would like to start her own blog which will feature recipes, start conducting classes and maybe write a recipe book. Basically, spreading the joy of baking as far as she can -starting with her husband, who refuses to bake as he claims that she has a much better hand at it!

For all aspiring women entrepreneur, her advice is: “It’s never too late to change career paths in order to follow your dreams. And, remember don’t let your limitations compromise your ambitions.” 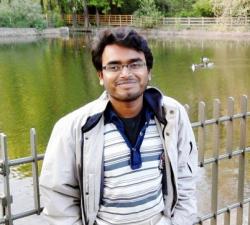