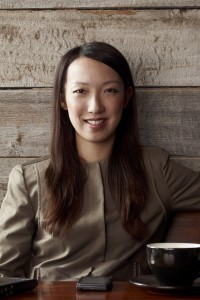 Hearsay Social is the first comprehensive software-as-a-service social media management platform which is used by local brands, representatives and corporates including some of the world’s largest companies such as Farmers Insurance Group, State Farm, 24 Hour Fitness, Northwestern Mutual, and Orchard Supply Hardware. By using Hearsay Social’s technology platform, according to their website, companies have successfully been building very strong bond with customers, accomplishing regulatory compliance, and spreading their brand names across all major social networks such as Facebook, Twitter, LinkedIn, and Google+.

The company was co-founded in 2009 by Starbucks board member Clara Shih, who is also the author of the New York Times bestselling book ‘The Facebook Era: Tapping Online Social Networks to Market, Sell and Innovate’ and prior Microsoft executive Steve Garrity. According to Clara Shih, the idea of Hearsay Social first crossed her mind in 2007 while eating wonton at a local restaurant in Hong Kong. She overheard two people chatting about Facebook and how it impacted their daily lives. Later, the same year, Clara launched Faceconnector, a business application for Facebook, which was followed by her bestselling book. She spent a over a year in reading books, news articles, surveys and speaking with Silicon Valley colleagues and marketing executives. She finally launched Hearsay Social in the end of 2008 and received about $21 million in funding. 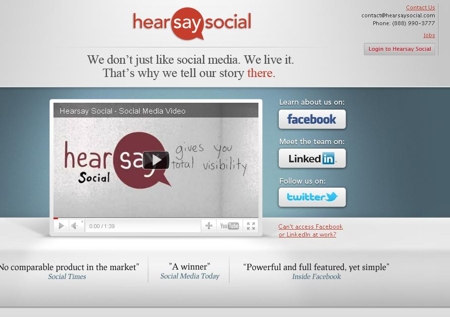