“The fruits of life fall into the hands of those who climb the tree and pick them.” ~Earl Tupper 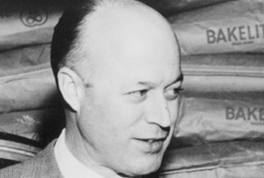 Earl Silas Tupper is best known as the founder of Tupperware (1948), the most popular name for manufacturing home and kitchen products – airtight plastic containers for food storage.

Earl Tupper was born in 1907 at a farm on Cates Hill in Berlin, New Hampshire to a farmer Earnest Leslie Tupper, a farmer and Lulu Clark Tupper, a laundry worker who also ran a boarding home to assist the family with extra income. He developed his passion for experimenting and inventing new things when his father would bring various labor-saving devices for the farm and started making devices to make work easy around the family’s farm and greenhouses. His entrepreneurial journey began at the tender age of 10, when he started selling the farm produce and poultry by hawking door-to-door. 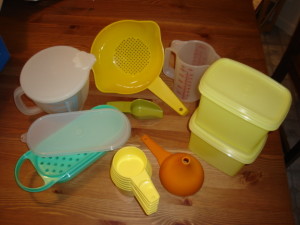 On completion of his studies at Bryant University he began his own landscaping and nursery business which he was running successfully through the early 1930s until the Great Depression hit his business and he was forced into bankruptcy. Unmoved by failure, Tupper chose to stick to his interest in scientific experiments and inventions in his spare time and in the mean time he found a job with the DuPont Chemical Company where he came in contact with plastics and continued to experiment with new materials and taught himself to create light-weight, unbreakable containers, bowls, cups, and plates. After working for one year he left the job and in 1938 he established the Tupperware Plastics Company and in 1946, he addressed Tupper Plastics to hardware and department stores. Tupper had little or no success for over 5 years. Several magazines wrote about his products and yet people showed no interest in his business. In 1951, he changed his marketing mechanism by promoting direct home sales and he became a national phenomena. In 1958 Tupper sold his company to the Rexall Drug Company for $16 million and moved to a Mexican island in Central America leaving up his U.S. citizenship. He died on October 5, 1983 at the age of 76 in Costa Rica after suffering a heart attack.

Tupper advocated for self-learning and disliked college education. He once said, “The difference in character and future usefulness between the self educated and the college pampered person is the difference between the baby who can sit up and feed himself and the one who has to be held and have the food spooned into him.”