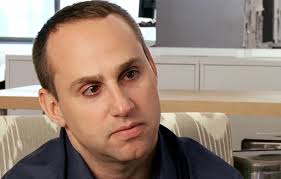 “In my opinion there are two kinds of business people – one who dares to take risk and the other who prefers to be rational. As I consider myself to be the one who loves taking risks; therefore running ski business in 98 degree weather sounds amazing to me!” that’s what the answer of a 16-year-old Rubin was back in 1988 to a Small Business Chronicle. At that time, Rubin already owned Mike’s Ski Shop in the suburban community of Conshohocken, Pennsylvania. His risky characteristic and hard work paid him well. Michael G. Rubin, at 41, is the founder and CEO of a billion dollar e-commerce services company Kynetic that has more than 2,000 full-time employees with several seasonal part-timers.

Michael Rubin was born to Jewish parents – a psychiatrist mother Paulette and a veterinarian father Ken Rubin and grew up in West Philadelphia. From the very childhood, at the age of 8, he nurtured his entrepreneurial spirit by selling vegetable seeds door-to-door in his Philadelphia neighborhood. At the age 12, he managed to set up a ski tune-up shop in the basement of his parents’ house, investing $2,500 seed capital received in bar mitzvah gifts and a lease signed by his father. In coming years he ran chain of shops and businesses – at the age of 14, he opened a ski equipment retail shop; he founded an athletic equipment company KPR sports, which successfully reached $50 million in sales by 1995; and in 1998 he founded a multi-billion dollar e-commerce company GSI Commerce, which he sold to eBay in 2010 for $2.4 billion. Later he merged three companies – a licensed apparel retailer Fanatics, a fashion flash site seller Rue La La, and a retail benefit program Shop Runner and shaped them into a new company called Kynetic.

By the age of 16, Rubin was buried in debt of over $200,000, which he recalls as a near-to-death like experience. He somehow managed to settle with his creditors with a $37,000 loan that he took from his father under the agreement that he would attend college. College life, in his words, was boring and barely after six weeks he dropped to devote full time in growing his business.

Rubin has been featured in popular magazines and newspapers including People Magazine, The New York Times and Forbes, which enlisted him in 2011’s ‘20 Most Powerful CEOs under 40’.