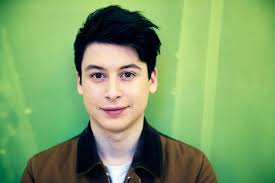 Seventeen-year-old British-Australian entrepreneur Nick D’Aloisio has accomplished an incredible feat of success and received international attention by developing a news aggregator app Summly which he sold to Yahoo for a reportedly $30 million US dollars. The app has been developed to provide quick summarized news stories from hundreds of reliable sources. Nick is called to be one of the youngest self-made millionaires ever and the youngest person to receive VC funding in technology at the age of just 15 that included approximately $300,000 from Li-Ka Shing’s technology investment company Horizon Ventures.

Nick D’Aloisio was born in Australia on first of November in 1995 to Lou Montilla and Diana D’Aloisio. His father is a vice president of Morgan Stanley and mother is a lawyer. He had interest in coding and started teaching himself at the age of 12. He got the idea of developing an app to summarize news stories into an easy format viewable and readable on smartphones while he was preparing for his history exam, “I was searching for information in Google and some other search engines while writing for my history labs, though I found all info but it was quite difficult to comprehend that summaries are perfect” he recalls. He is still a student at King’s College School in Wimbledon, London and works at Yahoo!’s London office.

Before Summly, in 2011, Nick D’Aloisio created an early mobile version of it which he named Trimit. It summarizes extensive and lengthy web content into minimum character so that users can easily share the content over emails, sms, Twitter and Facebook in .txt format. In 2012 November he launched Summly, which was an instant hit. It took over the ninth slot in the App Store within the first two hours of its release and received Apple’s “Best apps of 2012.” Summly has already been downloaded over 200,000 times.

In 2012 Evening Standard enlisted him among Top 1000 Influential Londoner, and Forbes named him in the 30 under 30 list. In 2012 December he won a Spirit of London Award. Besides he has been profiled and featured by popular publications including The Huffington Post, Forbes, TechCrunch, Business Insider and others.