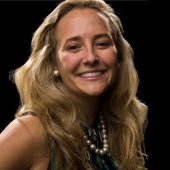 Harvard grad Alexa Von Tobel came up with the idea of LearnVest, an online personal-finance resource for women, when she herself stumbled upon the hassles of managing her own finances whilst doing job at Morgan Stanley in 2006. She came to know that maximum financial guides were written for middle-aged readers rather than recent college grads. After researching for quite a few times, Von Tobel wrote an 80-page business plan. After two years of serving at Morgan Stanley in 2008, she entered Harvard Business School and won a business plan competition held by Astia. She took five long years of leave from work and invested her savings of $75,000 from Wall Street earnings on her dream of actualizing LearnVest. She even consulted some reputed financial advisors such as the former COO of DailyCandy, Catherine Levene and the former CEO of the Huffington Post, Betsy Morgan. They assisted her with developing the technology and content of the site. In 2009, she secured $1.1million fund from executives at Goldman Sachs for the site. As of 2011, LearnVest has signed up more than 150,000 members. It provides online budgeting calculators and gives completely free e-mail tutorials on issues such as opening an IRA and also offers its users the facility of video chats with renowned and certified financial planners.

Von Tobel has been featured on the list of Business Insider’s 2010 “Silicon Alley 100”; Forbes’ “Women to Watch”; Marie Claire’ “18 Women Changing the World”; and in the annual list of “Best Young Tech Entrepreneurs by BusinessWeek.