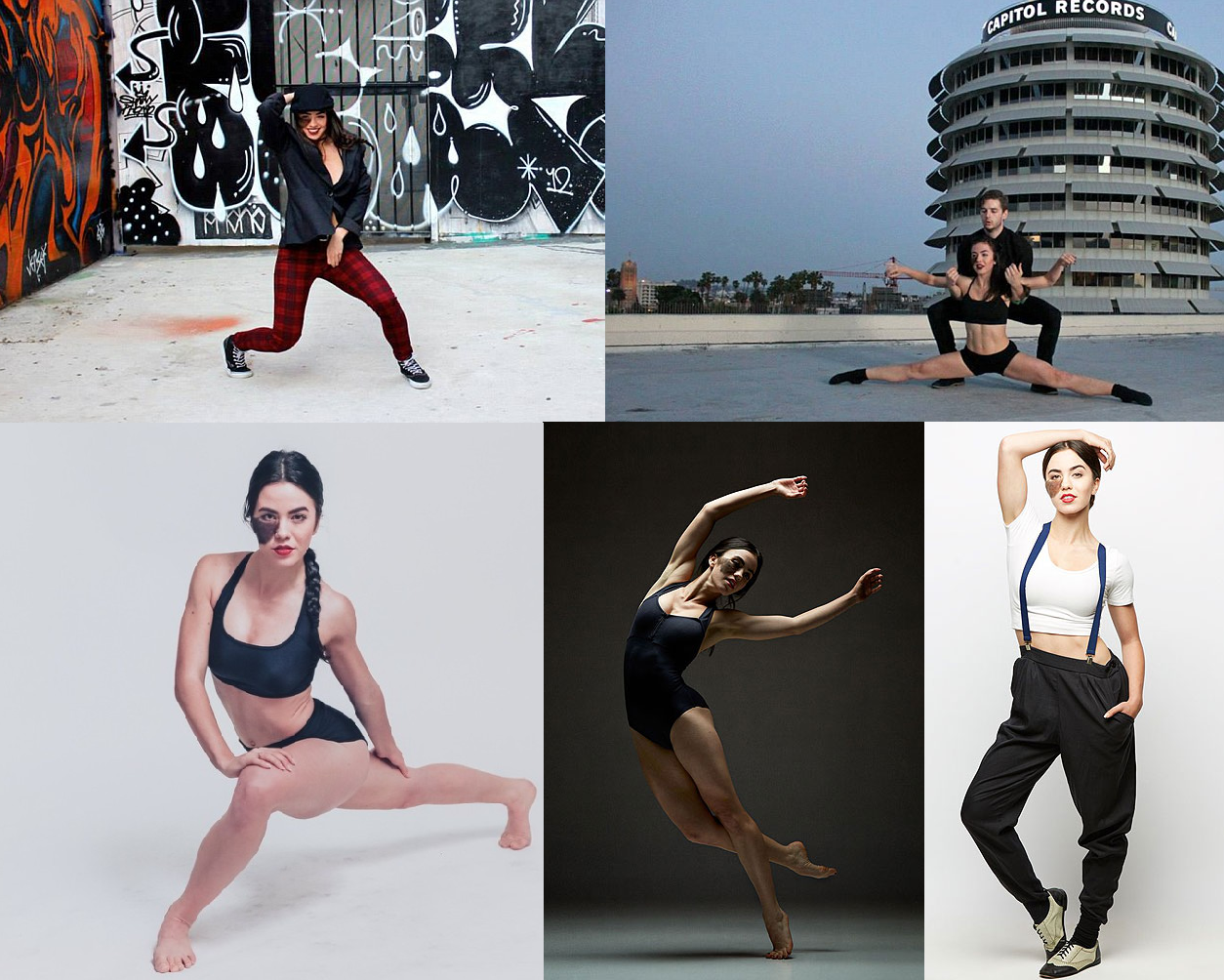 The industry of entertainment today is ruthless and unforgiving. It has specific standards – of beauty, physique, talent, etc. It is particularly important for a person to be physically flawless. But Cassandra Naud, a native of Albera, Canada, decided to break stereotypes regarding how a person has to look. 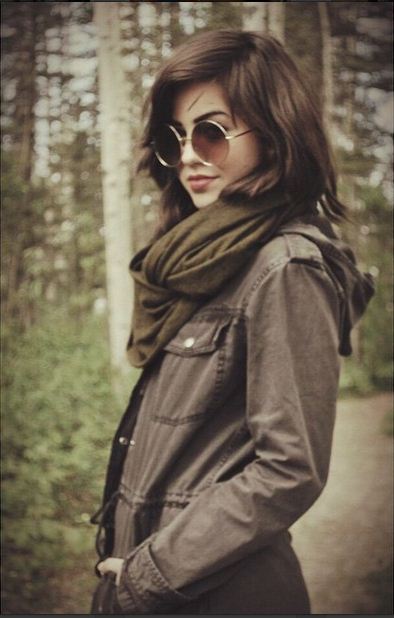 Cassandra has a birthmark on her face. It covers a large part of her face, and is easy to spot. This mole, which is technically a nevus, extends from below the eye extending down to her cheek, and is covered with hair. It is so prominent that sometimes even strangers come up to her to ask her about. Cassandra doesn’t mind, as she understands that it is natural to be curious. She is not shy to talk about it, because she knows that it’s this mark on her face that sets her apart from everyone else, and makes her stand out in the crowd. The ballet dancer with a birthmark on her face, is now 22 years old. She was born with the large brown mark right under her eye. His father, Richard, 60-year old a power engineer, and her mother, France, a school caretaker of 50, were given the option to remove the scar right after her birth. But, they were concerned that it might be dangerous for her, or be left with a scar on her face. So, they refused to put baby Cassandra under the knife, just to meet the socially-imposed standard of beauty. 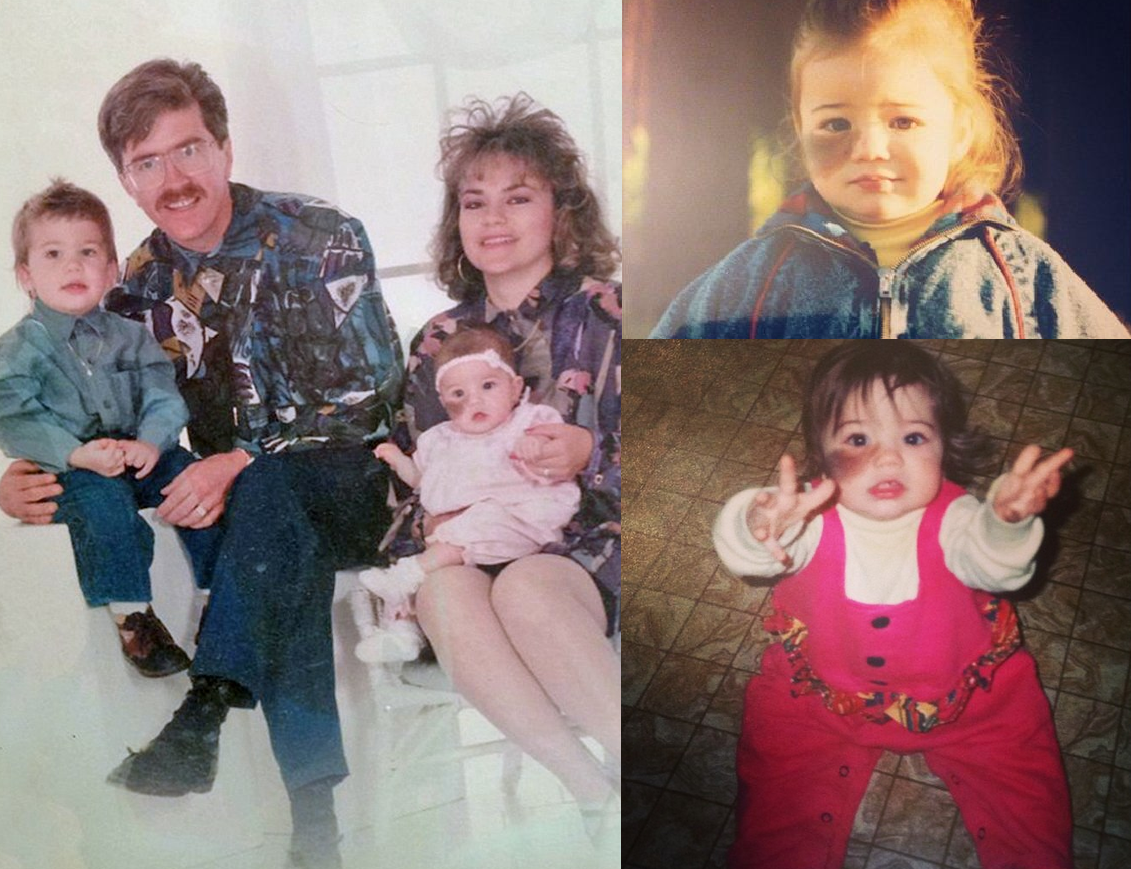 Despite having the unconditional love of doting parents, Cassandra’s experience as a young girl left her demoralized. Her school-mates bullied and taunted her with cruel remarks. She often had to hear that she would get beat up in high school. Some called the hair on her cheek gross. Cassandra, heart-broken with such comments, had to fight back tears. She was made to feel ugly by her bullies, and she even scared of how she would be treated once she went to high school. Even make-up did not help, because of the hairs on the mole. Finally, Cassandra took a major decision to change her life and evade being the victim of jeers for something in which she had no part to play. All she wanted was to fit in. So, to put an end to the years of being tormented and ridiculed, she wanted to have her scar removed. She was only 13 years old at that time, and when she informed her parents of her big decision, they were shocked. However, in spite of the fact that they themselves had opted out of surgery for her, they understood her condition, and respected her decision. So they immediately booked an appointment a plastic surgeon. 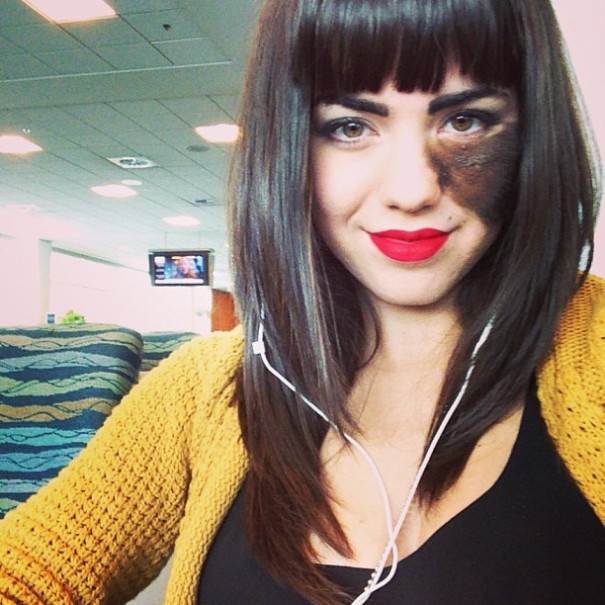 Her birthmark was sunk through several layers of skin, and to remove it, her only option was to undergo plastic surgery. The doctor explained to her how she would be left with an ugly scar on her face. There was also the risk of being left with a lazy eye. It was a moment of confusion and frenzy for her. And then, Cassandra took another life-changing decision – she decided to keep the scar, and focus on the positive side of it. 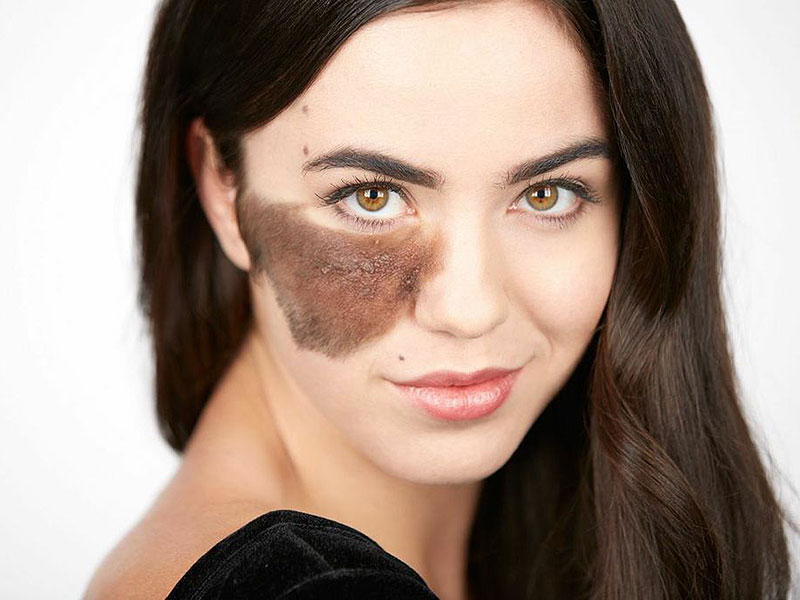 Cassandra realized that the scar could become her identity, because that standing out was not necessarily a bad thing. It was, in fact, quite the opposite. It would help make her more memorable, and become her mark of identity, especially in the world of entertainment. She grew to love her birthmark, instead of trying to hide it or remove it, and learnt to be proud of herself. 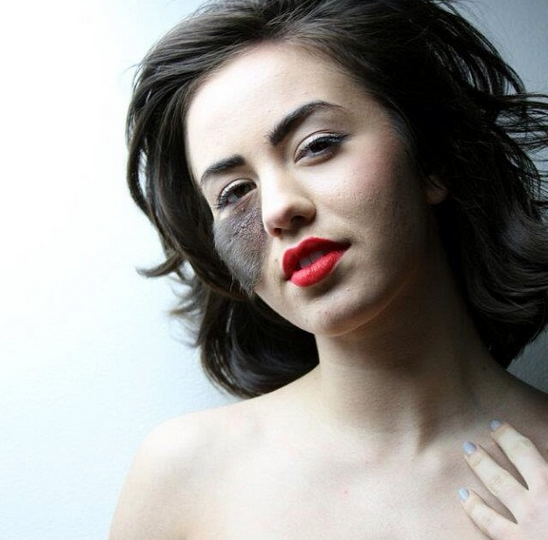 Now, Cassandra considers this mark a huge part of her identity. Even though people often show her sympathy for the peculiar mark of the skin, she herself is extremely confident. Cassandra studied dance theatre at the American Musical and Dramatic Academy in Los Angeles, California. There, she starred in a production of musical, Cabaret. In July 2014, she graduated, and started working as a professional dancer in LA. She even starred in a promotion for ESPN sports channel, along with Maroon 5, an American rock band. She has even ventured into the world of children’s entertainment, having worked in one of the most popular kids’ channel, Nickelodeon. 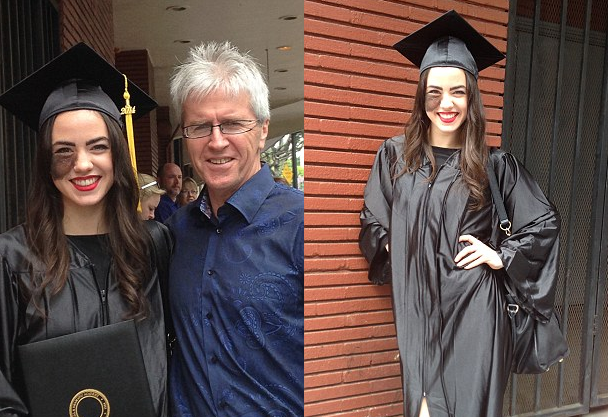 Cassandra knows that she will never have a job in an enterprise like Disney, because they place huge emphasis upon the conventional idea of perfection and beauty, and she does not have it. In fact, there are a lot of roles which require the performer to have a certain look, and she has accepted the harsh truth. But, she fortunately for her, she generally does not get treated with prejudice. Some people also get quite excited about her, and feel that the directors will fall in love with her distinctive feature. 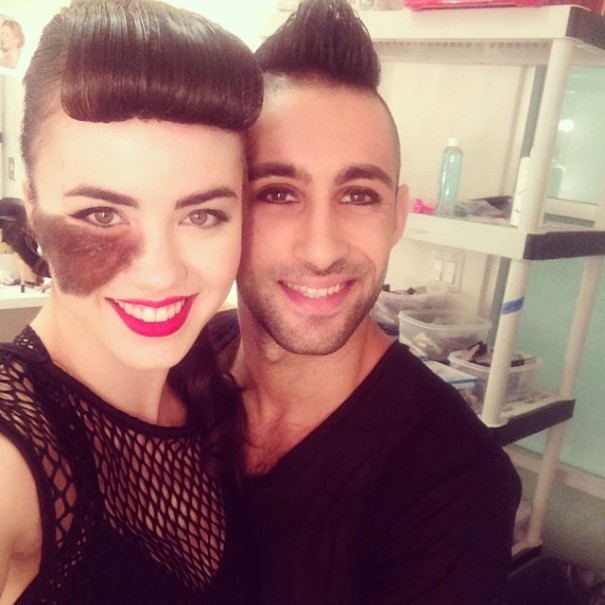 Cassandra can’t remember anyone being critical about her appearance. However, there was one particular incident which she remembers. She was told by the casting agent to remove the scar from her headshots, digitally. At first, she was ready to oblige, in order please. But later, she opted out of it. She refused to change who she was, and give in to the demands of the entertainment industry. 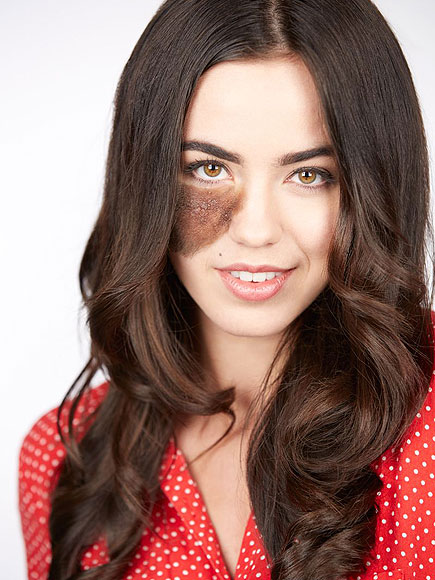 Cassandra now believes firmly that the pigmented patch of skin on her face is a positive attribute. It gives her a unique appearance, which she is absolutely comfortable with, which she loves. And, the entire credit goes to the birthmark, which makes her a memorable face, not only in her industry but also everywhere else she goes. It makes people remember her. Once, when she was out shopping in her hometown, a woman came up to her and told her that this woman had delivered Cassandra, because she was one of the nurses in the delivery room. It was warming and exciting for Cassandra to be remembered, to have someone recognize her just by seeing her, after though so many years have passed in between. 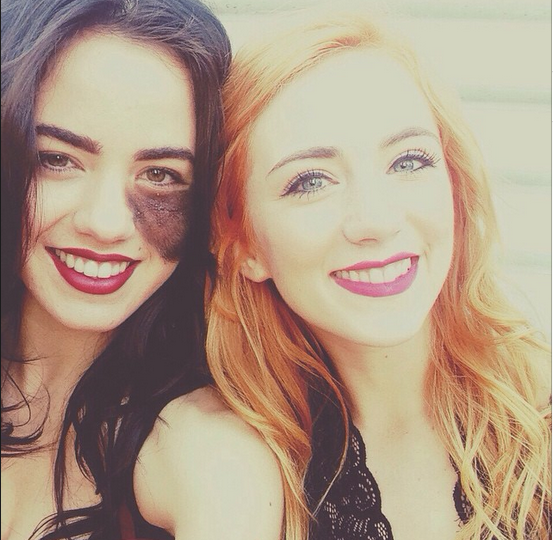 Cassandra has overcome all hesitations regarding the uniqueness of her face. While most people are extremely worried about their looks all the time, Cassandra’s singular look had, in fact, further boosted her conviction to strive for her dreams. It has not stopped her finding the love of her life, either. At an audition for a dancing role in Los Angeles, Cassandra met Patrick Cook, and they hit it off almost immediately. Since then, the two have been inseparable. Patrick, now 21, gives her all the love and support she could hope for, and tells her how beautiful she is. 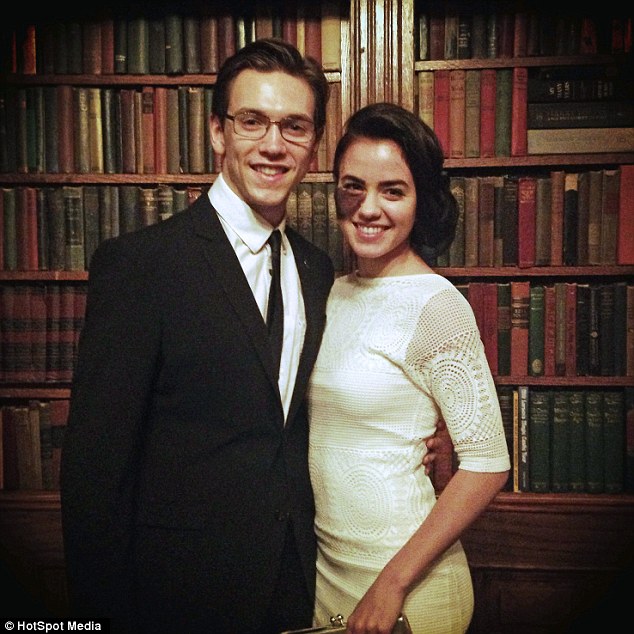 Cassandra knows that she is beautiful in her own right, and has no qualms to let the world know that. She is proud of her face and her body. She flaunts her distinguishing feature unapologetically, and does not let the regular standards of beauty affect her. Her birthmark does not hold her back, and with the support of those who are close to her, she is out to make a mark in the unpredictable and uncertain world of entertainment. 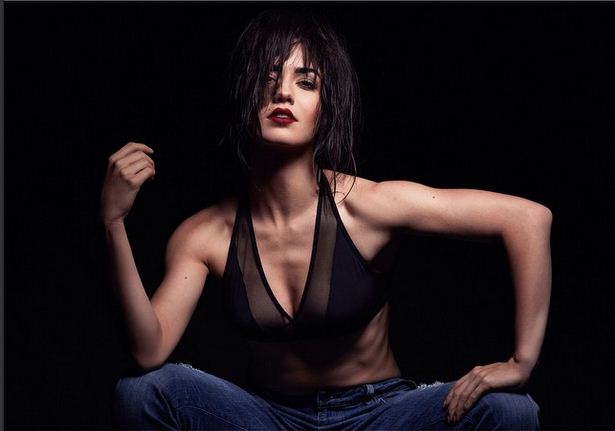 Cassandra is aware that times have changed, and hence she isn’t worried about looking ‘normal’ and living up to the expected notions of beauty. In fact, she is redefining the ideas of beauty and normativity. The dancer urges everyone to love themselves for who they are, and be proud of their own individuality. She is an inspiration for those women who are engaged in a battle against their own bodies to achieve standardized perfection, and go under the knife without thinking it through. She is the perfect example of a person who is comfortable in her own skin, and is a great role model for those young women who are obsessed with body image. She encourages people to stop letting anyone bully them because of their appearance, and never reel under the pressure. The world would be a boring place if everyone looked the same way: pointed nose, flawless rosy skin, cascading hair, tall and thin body with a tiny waist and curves. Every once in a while, a Cassandra comes along, and adds variety to the mix of people, and they should all remember to have the same respect, love and acceptance for themselves, and a positive spirit.