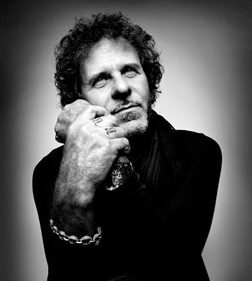 Italian fashion entrepreneur Renzo Rosso is the president of Italian-based international fashion brand Diesel which has over 5000 distribution centers and more than 200 privately owned stores across 50 countries.

Rosso was born on 15 September 1955 in the village of Brugine in the Northeastern Italian region of Veneto. Back then, Brugine was a small village of 2000 people and had very little civic amenities, with only one car and one television set for all the villagers. His parents were farmers and hence Rosso was accustomed to living a hard, laborious life. From the early childhood, he started helping his parents at fields after the school.

Renzo Rosso’s business endeavor of breeding rabbits started back on his own parent’s farm in Italy’s Po Valley, long before establishing the brand Diesel. Once, one of his schoolmates gifted him a rabbit, which he discovered to be pregnant, and instead of leaving it he started an impromptu breeding business for pocket money. From the very childhood he loved fashion and at the age of 15, he himself designed a pair of low-waist bell-bottomed jeans using his mother’s Singer sewing machine. On completion of studies from industrial textile manufacturing school at the Marconi Technical Institute in Padua, in 1973, he continued with Economics at the University of Venice. After 2 years, in 1975, he dropped out and started making clothes for himself and his friends. He took up a job as a Production Manager for a local clothing manufacturer Moltex that would produce trousers for different Italian clothing labels. In 1978, he worked with various numerous regional manufactures to form the Genius Group, which is today behind several successful brands including Katherine Goldie, Hamnett, Ten Big Boys, Martin Guy, and, Diesel. In 1985, Rosso took over the complete control of Diesel and started promoting the brand across the country. The company started facing a remarkable growth and in 1991 Diesel went international. He opened the first U.S. store on New York’s Lexington Avenue in 1996 and then in 2001 the third New York store and the number consistently went on. By the year 2002, he celebrated $100 million of sales and by 2003, the number of worldwide stores reached 203.
As of now, the net worth of Diesel stands over $3 billion and Rosso is the sole owner of the company.

In 1996, Bocconi University in Milan honored him with the “Premio Risultati” award for the exponential growth of Diesel in Italy; in 2003, he received Movieline’s Hollywood Life’s Annual Breakthrough of the Year Award for his prominence in American Market; in 2004 he received the International Leading Entrepreneur Award in Monte Carlo for his significant contribution, efforts and courage in his venture as a businessman; in 2006 he received the “Fashion Visionary” award in Los Angeles by Hollywood Life magazine for his famous fashion brand; and in 2011, he was knighted Cavaliere del Lavoro by the President of Italy, Giorgio Napolitano. Besides, he has received the Advertiser of the Year in 1998 and Grand Prix awards at Cannes Lions International Advertising Festival for several times including in 1992, 2001, 2007, 2009, and 2010.