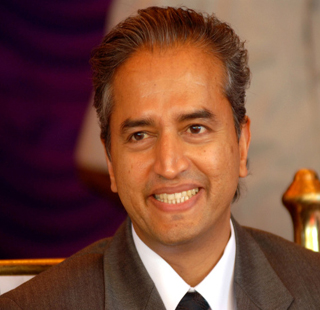 Devi Prasad Shetty, also known as ‘the Henry Ford of heart care‘ and ‘the King of Hearts‘, is India’s one of the greatest and renowned cardiac surgeons who perform the extremely risky, complicated and dynamic cardiomyoplasty operation. He was the first surgeon in India to perform the neo-natal open heart surgery. In addition, Dr. Shetty is the world’s first surgeon to perform a surgery to close the hole in the heart with microchip camera; the first person to conduct the first ever surgery using the stomach blood vessels to bypass the blocked arteries of the heart; and the first person to use an artificial heart in India.

Devi Shetty was born in Kinnigoli, Karnataka. He completed his graduation in Medicine and post-graduation in 1982 in General Surgery from Kasturba Medical College, Mangalore. On completion of studies, he went to the United Kingdom at Guys Hospital for the training and initial practice from 1983 to 1989. Finally, he returned India and started working at B.M. Birla Hospital in Kolkata for some time after which he moved to Bangalore where he started the Manipal Heart Foundation at Manipal Hospital. He has patients coming from several countries including Sri lanka, Bangladesh, Nepal, Pakistan, and other parts of the world, especially South Asia.

In 2001, Dr. Shetty founded a multi-specialty hospital Narayana Hrudayalaya, in Bommasandra, Bangalore City and later founded Rabindranath Tagore International Institute of Cardiac Sciences (RTIICS) in Kolkata. Till date, he has performed more than 15,000 heart operations among which 5000 were performed on kids. He is widely acclaimed as the person who significantly reduced the cost of heart surgeries through his package pricing system. He is also the pioneering figure of bringing the distinct concept ‘assembly line surgery’ through which he targets to bring the mortality rate near to nil. He is the person who has designed the world’s cheapest comprehensive health insurance scheme Yeshasvini for the poor farmers of the state covering nearly 4 million people.

Dr Devi Shetty has been awarded for many times not only for his accomplishments but also for his philanthropic activities. In 2001 he was awarded the Karnataka Ratna award, in 2004 Padma Shri award for Medicine, in 2005 Schwab Foundation’s award, in 2011 The Economist Innovation Awards for the Business process field, in 2012 Padma Bhushan award for Medicine and many more.

He has received several honors and awards throughout his career but what makes him greatest is his clean and compassionate heart. Dr. Shetty says, “If I am given a choice I would like to treat only poor patients. But unfortunately the economic reality does not allow me to do that.” Once Mother Teresa had said, “Now I know why you are here. To relieve the agony of children with heart disease, God sent you to this world to fix it.”

He emphasizes on not to stress yourself much and run behind perfection, “Change your attitude towards life. Do not look for perfection in everything in life.”