Sir Frederick Henry Royce, an English industrialist and pioneering car manufacturer, is widely acclaimed as one of the founders of Rolls-Royce, the company of luxury automobiles as well as airplane engines. He was born in 1863 at Alwalton near Peterborough to a flour mill owner named James Royce and his wife Mary (King). Royce lived a comfortable life for the initial couple of years of his life. When Royce was only 8, his father failed in business and the mill, which he had leased from the Ecclesiastical Commissioners, was auctioned off. After the failure in business, the family moved to London where his father died in 1872 and Royce had to work as a newspaper and telegraph boy. 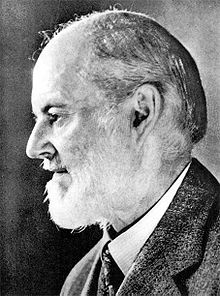 In 1878, at the age of 15, he began an apprenticeship at the Great Northern Railway company in Peterborough. After three years, in 1882, he started working at a tool-making company in Leeds. In less than a year, he returned to London and worked as the chief electrical engineer for Liverpool’s first electric street-lighting system. After two years, in 1884, he moved to Manchester and founded his own company called F H Royce and Company with £20 of savings, along with his friend Ernest Claremont, who contributed £50, and started making domestic electric fittings in a workshop in Cooke Street. In 1894, they registered the company as a limited liability company. After five years, they re-registered the company as Royce Ltd with a public share flotation and they started another branch in Trafford Park, Manchester. In 1904, he himself designed three experimental cars with excellent qualities and successfully grabbed the attention of the motor dealer C.S. Rolls, who shortly granted to take Royce’s entire output. After two years, in 1906, Rolls and Royce announced their by merging as Rolls-Royce Limited, where Royce was appointed as the chief engineer as well as director with £1,250 salary and 4% of the profits in excess of £10,000. In 1908, motor section of the business was moved to Derby. In 1910, their partnership ended with the unfortunate death of Rolls in crash of his Wright Flyer.
On 26 June 1930, Royce was honored with the name Baronet Royce of Seaton (Rutland). He died on 22 April in 1933 in West Wittering, West Sussex.

“Strive for perfection in everything you do. Take the best that exists and make it better. When it does not exist, design it.”

“Whatever is rightly done, however humble, is noble.”

“The quality is remembered long after the price is forgotten.”