Jules Henri Poincaré, a French mathematician, theoretical physicist, engineer, and philosopher of science, was born on April 29,1854 in Nancy, France. He is regarded as the first man on earth to discover a chaotic deterministic system which laid the foundations of modern chaos theory.

Poincaré contributed in diverse fields of pure and applied mathematics that include fluid, mechanics, celestial mechanics, telegraphy, optics, electricity, capillarity, elasticity,thermodynamics, potential theory, quantum theory, theory of relativity, physical cosmology and different topics in mathematics including algebraic topology, the theory of analytic functions of several complex variables, algebraic geometry, number theory, the three-body problem and many more. Some of his significant works are Science and Hypothesis in 1901, The Value of Science in 1905, and Science and Method in1908.

According to E. T. Bell, “Poincaré was a vigorous opponent of the theory that all mathematics can be rewritten in terms of the most elementary notions of classical logic; something more than logic, he believed, makes mathematics what it is.” 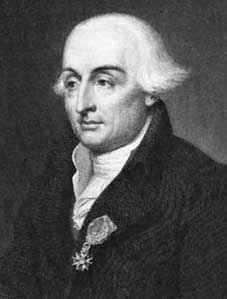 Joseph-Louis Lagrange is called one of the greatest mathematicians who was born on January 25 in 1736 in Piedmont, Italy. According to some historic references, Louis spent some years of life in Prussia (the part of medieval Germany) and in France. His significant contribution was in the fields of analysis, number theory, classical and celestial mechanics.

He has been consistently awarded and honoured for his brilliancy. In 1764 he was awarded the French Academy of Sciences for his memoir on the libration of Moon and for three years in 1772, 1774, and 1778 he won the prize. One of his greatest works is Mécanique Analytique, which was about understanding of comprehensive treatment of classical mechanics. It was written while staying in Berlin and published in 1788; the book laid the foundation for the development of mathematical physics in the nineteenth century. 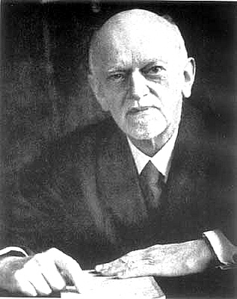 David Hilbert, a German mathematician, was born on January 23, 1862 and died on February 14, 1943. He is regarded as one of the most influential mathematicians of the late 19th and early 20th centuries. He provided the list of 23 unsolved problems and directed and developed them, he is also known as the mathematician who assisted in the career development of some greatest physicists and mathematicians including Emmy Noether, Georg Cantor, Hermann Weyl, Hermann Minkowski, John von Neumann, Alonzo Church, and Albert Einstein.

He is the prime figure behind the formulated theory of Hilbert spaces that further laid the foundation of functional analysis and he made his significant contribution in discovering as well as developing the fundamental ideas in diverse areas that include invariant theory and the axiomatization of geometry. 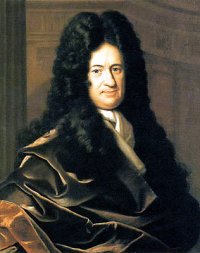 Gottfried Wilhelm Leibniz, a German philosopher and mathematician, also regarded as von Leibniz was born on July 1, 1646 in Leipzig, Saxony (now Germany) and died on November 14, 1716 in Hanover. He contributed in different languages including Latin, French and German. His work encompasses a broad range of fields including mathematics, physics linguistics, economics, engineering, politics, law and religion. He is widely popular for his invention of differential and integral calculus, which is an indispensable mathematical tool. At the age of 19, he received his doctoral degree and became a lifelong employee of noblemen. In 1686, he first applied the integral sign On the Secrets of Geometry and Analysis of Indivisible and Infinite Quantities . In a 1693 letter, he used multiple indices to state the result of three linear equations. He was the giant thinkers who laid the foundations of the theory of determinants by illustrating the problem of elimination in the general theory of equations. In 1702, in ‘A Justification of the Calculus of the Infinitely Small’ he tried to rationalize his algorithms for differentation and integration. In the year of 1702, he worked on integrated rational fractions in trigonometric and logarithmic functions, created a theory of special curves, and stated equations’ importance in navigation.

According to Bertrand Russel, Leibniz’s intellect “was highly abstract and logical; his greatest claim to fame is as an inventor of the infinitesimal calculus.” 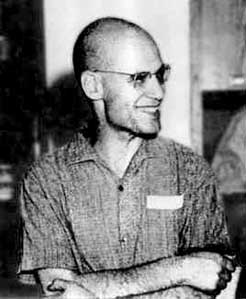 Alexander Grothendieck, a mathematician and the main contributor of the creation of the modern theory of algebraic geometry, was born on March 28, 1928 in Berlin, Germany.

He received striking success in the field of functional analysis, where he blended the conventional area of calculus with the developments in topology, which primarily deals in the properties of geometric configurations to replace the considerably lengthy calculations with concise and insightful proofs. Between the year of 1949 and 1953, he worked on his doctoral thesis in this subject at Nancy.

His contribution extends to the areas of major elements of number theory, Galois theory and commutative algebra, homological algebra, sheaf theory, and category theory into its foundations, topological tensor products of topological vector spaces, the theory of nuclear spaces and many more. His visionary thinking and passion for pure mathematics inspire many mathematicians across the world. 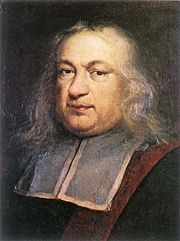 Pierre de Fermat, an amateur mathematician and French lawyer at the Parlement of Toulouse, was believed be the most productive mathematician of his era contributing to calculus, number theory, and the law of refraction. He is widely acclaimed for his Fermat’s Last Theorem that he demonstrated in a note at the margin of a copy of Diophantus’ Arithmetica.

He is known to be the first person to have evaluated the integral of general power functions, invented a factorization method—Fermat’s factorization method—as well as the proof technique of infinite descent, the polygonal number theorem, which states that each number is a sum of three triangular numbers, four square numbers, five pentagonal numbers, and many more. In Methodus ad disquirendam maximam et minima and in De tangentibus linearum curvarum, he showed a method for determining maxima, minima, and tangents to different curves that was equivalent to differentiation. His revolutionary work in analytic geometry was posthumously published manuscript in “Varia opera mathematica” in 1679. 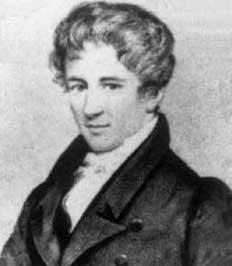 Niels Henrik Abel, a Norwegian mathematician, was born on August 5, 1802 and died of tuberculosis at the age of 26 on April 6, 1829. He is widely popular for solving thequintic equation in radicals at the age of 19, his invention of an tremendously important branch of mathematics known as group theory, and posthumously published ‘Theorem of Convergence’ and for contribution in algebraic geometry and the theory of equations. 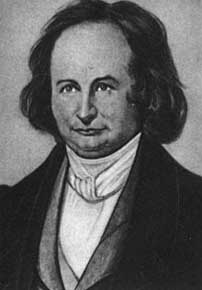 Carl Gustav Jacob Jacobi, a German mathematician, was born on December 10, 1804 died on February 18, 1851. He was regarded to be the most inspiring teacher as well as one of the greatest mathematicians of his generation who contributed on elliptic functions, partial differential equations and mechanics.

His greatest achievement was his theory of elliptic functions and their relation to the elliptic theta function which was developed in his great treatise Fundamenta nova theoriae functionum ellipticarum in 1829 and in some later papers in Crelle’s Journal. Some of his other important contributions include Commentatio de transformatione integralis duplicis indefiniti in formam simpliciorem in 1832, Canon arithmeticus in 1839, and Opuscula mathematica in 1846–1857 and Gesammelte Werke. 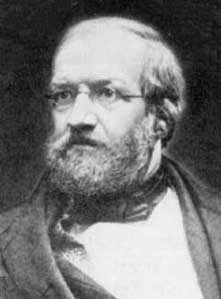 Johann Peter Gustav Lejeune Dirichlet was a German mathematician who was born on February 13, 1805 in Düren. He had great interest in mathematics from his childhood and he was known ‘an unusually attentive and well-behaved pupil who was particularly interested in history as well as mathematics.’

Dirichlet is widely acclaimed for his work on trigonometric series and mathematical physics. His first rigorous proof of adequate conditions for the convergence of the Fourier series for a function was published in 1828 in Crelle’s Journal.

Koch wrote on Dirichlet’s contribution:
“important parts of mathematics were influenced by Dirichlet. His proofs characteristically started with surprisingly simple observations, followed by extremely sharp analysis of the remaining problem. With Dirichlet began the golden age of mathematics in Berlin”. 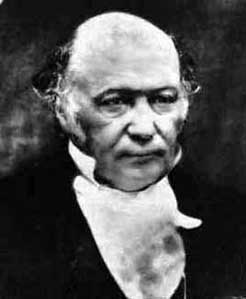 Sir William Rowan Hamilton, an Irish physicist, astronomer, and mathematician, was born on August 4, 1805 Dominick Street, Dublin and died on September 2, 1865 of a severe attack of gout precipitated by excessive drinking. He is known as one of the greatest mathematicians of all time.

His most significant work was on classical mechanics, optics, as well as algebra and the greatest work was the reformulation of Newtonian mechanics, which is now called Hamiltonian mechanics. He studied mechanical and optical systems that led him to formulate the distinguished mathematical concepts. In addition, he also contributed to icosian calculus. In 1856, based on the geometric properties of the icosahedrons, he developed this new calculus- a 20-sided solid. Hamilton’s discoveries about the vertices and edges of icosahedrons and other solids laid the foundation of 20th century’s graph theory.

In 1835, he became an officer of the British Association for the Advancement of Science. In the following year, he was knighted by the lord lieutenant of Ireland and received the Royal Medal of the Royal Society. After two years, he was also elected as the president of the Royal Irish Academy. In 1843, British Government awarded him a Civil List life pension of 200 pounds a year.