Eat and Energize: Freshii is committed to providing fresh and nutritious meals. 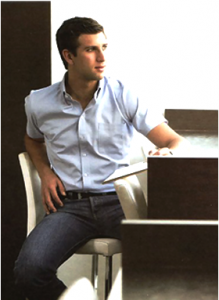 Freshii, a Toronto-based fast-food franchise that offers recipes such as burritos and wraps, soups, salads and frozen yogurt, was founded by its current CEO, Matthew Corrin in 2005. At the age 29, he came to Canada and opened the store with seed money which he received from his parents. Corrin’s ordinary and straight-forward idea of making healthy food at a reasonable price worked honestly. “We want to eliminate the excuse that people don’t eat well because there’s nothing convenient or they can’t afford to.” At Freshii, customers order their food in four-step process from choosing a wrap, soup, salad, to bowl, and then making their dish with several different healthy options with healthy amount of calories, fat, cholesterol, sodium, and protein.

Since its inception, Freshii has spread out internationally to 50 new locations in 4 countries including the United States, Canada, Austria and United Arab Emirates with over 500 employees worldwide. The Freshii is also known as “Lettuce Eatery”. Corrin plans to expand Freshii to up to 700 stores within the next five years.