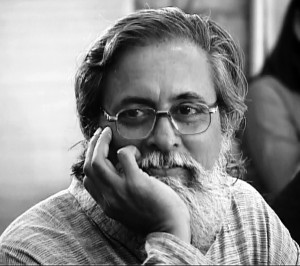 Over the past three decades, the 59-year-old management Professor Anil Gupta has been giving voice to thousands of unsung innovators across India and other parts of the world. He emphasizes on innovations that improve our ordinary life and believes that the most innovative and powerful ideas for fighting the adversity and poverty don’t come from the giant corporate research labs but from the strong desire to deal with them with courage and positive attitude. To initiate his idea, he began the Honey Bee Network and started visiting the whole country, sometimes on foot with colleagues, in search of the struggle of common people. The journey that he started in mid 80s still continues and he’s come across a vast range of innovations and thousands of grassroot innovators. Through the Honey Bee Network, he’s revealed approximately 25,000 revolutionary inventions – the bicycle-mounted crop sprayer, A device for climbing coconut trees, water walking shoes to walk or skate across a lake, a micro-windmill battery charger, electric paintbrush that never needs to be dipped in a paint can, a hoe powered by a bicycle and many more to deal with the hassles of daily lives. Over the years, he has been successfully promoting the inventions that aim at agricultural reform. Some of such inexpensive but impactful inventions include a makeshift seat to let coconut harvesters rest high up in trees, a more dynamic strain of peppers, a hollow spear to make a hole in a field and drops in seeds.

“The Honey Bee Network is one of the most remarkable organizations on earth, and if you have never heard of it, then you probably should.”

Professor Gupta doesn’t have much financial support from the central government or the local governing bodies; but keeping challenges aside, he loves what he’s been doing. He says that the highest reward comes through the wonderful feelings of discovering new things while travelling across the country. In his words, “Every time we walk in a place we discover a solution that we would not have imagined, and we find that eagerness.”

In order to take the grassroot innovations to the global community, The Honey Bee publishes newsletters in eight different languages and is read across 75 countries. Anil Gupta has also assisted the Indian Government in establishing the National Innovation Foundation that organizes national competitions to inspire new inventors and also helps them to stand through the National Micro Venture Innovation Fund.

In 2005, he received Padma Shri National Award for his distinguished contribution to the development of Rural India.

“There could be nothing more wrong than the Maslowian model of hierarchy of needs. … Please do not ever think that only after meeting your physiological needs and other needs can you be thinking about your spiritual needs or your enlightenment.”

“You cannot have two principles of justice, one for yourself and one for others.”