“Remember that sometimes not getting what you want is a wonderful stroke of luck.” ~Dalai Lama 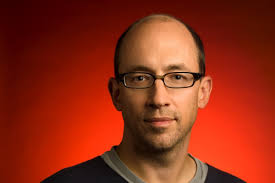 Oftentimes, what you receive from life isn’t based on what you deserve and yet it proves to be far more valuable and significant than you could have ever expected. It doesn’t also mean that you have to go against your preferences, but it does mean that there is no harm in looking for alternative options if something has been is consistently harsh to you.

Dick Costolo, the former Chief Operating Officer and the current Chief Executive Officer of Twitter, can be a very good example. Dick Costolo, who aspired to be a comedian, ended up becoming the CEO of world’s second biggest social media company that has over 660 million registered users. He finished his B.S. degree in computer and communication sciences from the University of Michigan. He also attended theater classes in his senior year to fulfill the university’s graduation requirements – Art credits. He liked his theater classes so much that he started dreaming of becoming a professional comedian. Costolo rejected jobs from technology companies and started working on improvisational comedy. To keep his dreams alive, he had to several odd jobs that included working as a coat check at the Limelight Lounge and at the Crate & Barrell in the wedding registry section. He worked during the day and performed at night. He would often received calls for auditions but could never reach far long. “At some point you’re just like this is not going where it needs to go.” that’s what he said in an interview with Business Insider. After trying for long five years, he quit and went back to technology to get a real job.

Apart from Twitter, he worked with a product and technology groups Andersen Consulting for long 8 years as a senior manager. Later, he co-founded and ran a web design and development consulting company Burning Door Networked Media, which was acquired by Digital Knowledge Assets in 1996, and a web page monitoring service SpyOnIt, which was also sold to 724 Solutions in 2000.

In 2013, Business Insider called him to be ‘one of Silicon Valley’s most impressive CEOs’ and TIME Magazine named him one of the 10 Most Influential U.S. Tech CEOs. According to Forbes, Dick Costolo is worth $230 million.