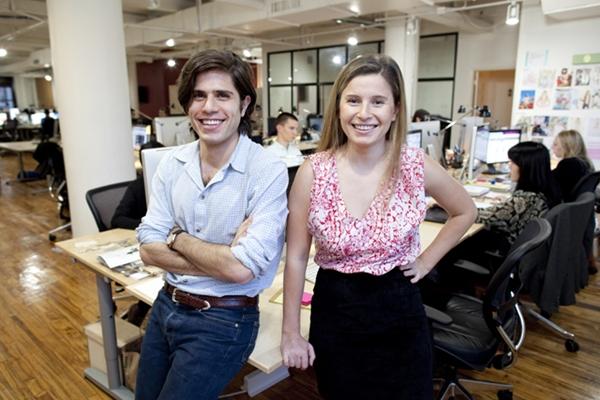 In 2008, Alexa Hirschfeld along with her brother James Hirschfeld founded Paperless Post, an online invitation and stationery Company. According to the brother sister duo, the idea of ‘Paperless post’ first crossed their mind at a Harvard party where they desired to invite their friends online on the 21st birthday of James Hirschfeld with real birthday party feelings. Together, they developed such a wonderful digital platform to accomplish their idea and within one month of their creation, the president of Harvard was using their platform for organizing alumni events. In 2010, the company secured $6.3 million fund and witnessed a phenomenal success. The company is consistently growing, successfully creating handcrafted designs and delivering them to thousands of people ever day. Paperless Post employs over 40 people and has offices in New York and San Francisco.

At paperless Post, users can send invitation cards for diverse occasions including birthday, weddings or party with customized messages. They can also use free or premium readymade cards or customize on their own. According to the Sibling Co-founders, their extreme emphasis on appearance, design, and feel prove that aesthetics and efficiency can go hand in hand. This is what makes them to be different from other similar companies around. They charge users for “stamps” which is required to email each invitation. Users are free to customize envelope liners or logos on some extra charges.

The company has received widespread media attention and has been featured on all major news papers, TV channels and magazines including, Fast Company, The Wall Street Journal, The New York Times, Boston Herald, The Huffington Post, Fox Business and many more.