“I’m a living proof that you can make money and be honest at the same time.” Leonardo Del Vecchio 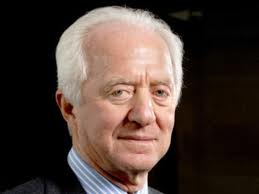 The founder and chairman of the world’s leading eye-glass manufacturing company ‘Luxottica’ Leonardo Del Vecchio is the second richest man in Italy and 71st richest in the world with a net worth of US$15 billion approx. His journey of becoming a billionaire is truly fascinating. He was abandoned in an orphanage, compelled to work at the tender age in a factory where he lost the part of his index finger but through all the struggle and difficulties he lifted himself from the ground, found his passion and built a worldwide empire out of it.

He was born in 1935 in Milan, Italy to an extremely poor Milanese family and his father died before his birth. At the age of seven, he was given away to an orphanage as his mother couldn’t afford the family. After being raised by the nuns of the orphanage, at the age of fourteen, he was forced to look for a job. Soon he started working as an apprentice at a tool manufacturer factory in Milan, where he would assist in making molds for auto parts and spectacle parts. His curiosity about machinery brought him to books and he continued studying about the industrial design in his spare time during the work breaks and in evenings.

While still a teenager, Leonardo Del Vecchio envisioned the tremendous prospects for expanding the market and promoting eye-wear as fashionable accessories. He thought about eye-frames differently and developed them not as the necessity for improving the vision but as the modification of personality and his idea proved to be very powerful and popular. After moving to Agordo, a valley of the eye glass industry in 1961, he, armed with the years of experience and skill, founded Luxottica as a limited partnership. In 1967 he actually began selling eyeglass frames under the Luxottica brand and received substantial success. After which he concentrated a full-fledged eyeglass assembly business and developed his own line of exclusive eye-wear and later an eyeglasses empire. Luxottica started taking over popular Italian brands including Persol, Lens Crafters, Vogue, Sunglass Hut, Ray-Ban and today it owns more than 6,000 retail stores across North America, United Kingdom, New Zealand, Australia, and China. Luxottica also manages manufacturing deals with famous luxury brands including Ralph Lauren, Chanel, Tiffany, Ferragamo, Prada, Oliver Peoples, Versace, Cha Bulgari, Sergio Tacchini, Salvatore Ferragamo, Anne Klein, Versus, Polo, Chaps, Ralph, and Adrienne Vittadini, and more.