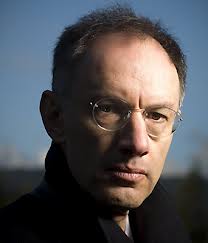 Welsh-born American Michael Moritz is a billionaire venture capitalist, writer and a philanthropist. He is a venture capitalist with Sequoia Capital in Menlo Park, California and sits on the boards of Earth Networks, 24/7 Customer, Sugar Inc, Gamefly, Klarna, LinkedIn, Kayak.com, and The Melt. He is also a former member of the board of directors at Google.

He was born in Cardiff, Wales of the United Kingdom. On completion of his education from Howardian High School in Cardiff, he moved to Christ Church, Oxford, and earned a Master of Arts degree in history. In 1978, he once again attended the Wharton School of the University of Pennsylvania as a Thouron Scholar and completed his Master of Business Administration degree. In 1986, he joined Sequoia Capital before which he co-founded a technology newsletter as well as conference company named Technologic Partners and played different roles at Time Warner. He has invested in several internet companies including Google, Yahoo!, eToys, PayPal, YouTube, Webvan, and Zappos.

Michael Moritz has been enlisted on the Forbes Midas List, which is the annual ranking for the best deal-makers in advanced and life science venture capital. He was enlisted as the most successful venture capitalist for the year of 2006, 2007, 2008 and 2009. In 2007, he was enlisted in “TIME 100” and was listed by The Sunday Times for having a self-made fortune of UK£558 million.

In 2008, Moritz and his wife, an American novelist Harriet Heyman, donated US$50 million to Christ Church, Oxford. He has recently made a groundbreaking donation of £75 million to Oxford University to assist the poor students to become like him – billionaire venture capitalist.