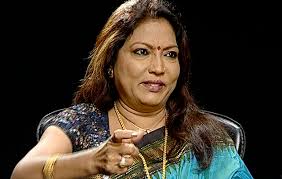 Dalit Indian entrepreneur Kalpana Saroj’s journey from a slum life, child bride, abusive family and disastrous marriage to becoming multi-millionaire and establishing over $100m worth company Kamani Tubes is an incredibly inspiring story for everyone who complains their circumstances or surrounding as barrier to success. She is a tough spirited woman who has defied all the obstacle, broke social restraints and left her decrepit village and raised a 300 crore business enterprise with her indomitable spirit, determination, perseverance and unbeatable entrepreneurial spirit to accomplish something substantial. She has been awarded the Rajiv Gandhi Award for Woman Entrepreneurs for her noteworthy contribution.

Kalpana Saroj was born in Roperkheda village in Maharashtra, India and got married at the age of 12. After the marriage, she went to live in a slum of Mumbai with her husband and his family where she suffered a whole dreadful chapter of life – brutal physical abuse from her husband’s family members on trivial issues. When the situation went from bad to extremely worse she returned to her parental village where her family was ostracized after the event. Feeling rejected and neglected, she attempted to commit suicide.

In an interview to a national daily she recalled: “One day, I determined to end my life and I drank three bottles of insecticide, poison.” But she was saved by her aunt. Her suicide attempt brought a considerably significant change in her life. In her words “I made up my mind to live my life, and achieve something big, and then die.” She moved to Mumbai at the age of 16 to her uncle in search of job to support her poor and deprived family and got a job at a garment factory from where she began a tailoring business taking government loans for lower caste. Gradually she established a furniture store and this way her success story began. She would work for consistent 16 hours a day to stand up her furniture business. Her reputation and success literary forced the company Kamani Tubes Limited (which was closed for more than 17 years since 1988 due to some problems) to approach her to take over and turn things around. In 2006 she joined Kamani Tubes Limited. She took up the responsibility of the broken company and nourished and restructured it back to a completely healthy status. She is the Chief Executive Officer of Kamani Tubes in Mumbai, India.

Besides running a successful company, she hasn’t forgotten her root. She actively initiates for the betterment of the poor, Adivasis, and aged people and works against the racism and caste discrimination. As a Dalit woman what she did is incredible and remarkable. She has been featured and profiles in Newspapers, Television and International press over and over again.